Facts you need to know about Rebecca Romney from Pawn Stars 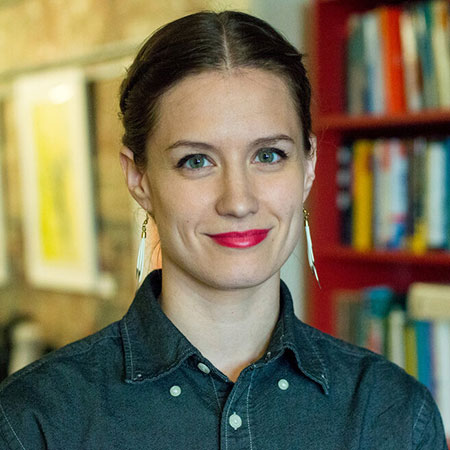 If you are a fan of History’s ‘Pawn Stars,’ you might be familiar with the works of the Harrisons and Chumlee.

The World Famous Gold &  Silver Pawn Shop also has some experts to authenticate the items purchased at the shop.

One of those experts is a bibliophile, Rebecca Romney, who is the former manager of the Las Vegas Gallery of Bauman Rare Books.

She started working as the rare books expert in ‘Pawn Stars’ in the fourth season in 2011 after Rick Harrison personally approached her for the role.

Born in Idaho, Rebecca grew up reading a variety of books from ancient Roman history to science fiction.

Her love for books and languages led her to pursue a degree in classics and linguistics and went to live in Japan, where she taught English for a year.

She had planned to pursue a master’s degree in Japanese literature but later settled for a double major in classical studies and a minor in philosophy.

She speaks fluent English, French and Japanese, and can read Ancient Greek, Latin and half Old English.

Her ability to identify the editions of books from all over the world and from varying time periods have helped her expertise in the rare book trade.

Despite her popularity as one of the most popular experts on the show, she has revealed surprisingly little about her personal life.

Her social media accounts and blog are dedicated to her rare book talk, as is her website.

She joined Bauman Rare Books in 2008, and became the manager of the gallery after a couple of years.

She moved to Philadelphia in 2011 to work for Natalie Bauman in overseeing the central operations of Bauman Rare Books.

In 2016, she left Bauman to pursue other projects, including a podcast called Biblioclast and joined booksellers, Honey & Wax.

She is a member of Grolier Club, the Baker Street Irregulars, the Philobiblon Club, the Society for History of Authorship, Reading and Publishing.

She is married to J.P. Romney, who also shares her interest in history and is an author of the famous novel, The Monster on the Road is Me.

She and her husband co-authored a book, Printer’s Error: Irreverent Stories from Book History, which was published by HarperCollins in 2017.

The Romneys have collaborated on a number of blog and magazine entries.