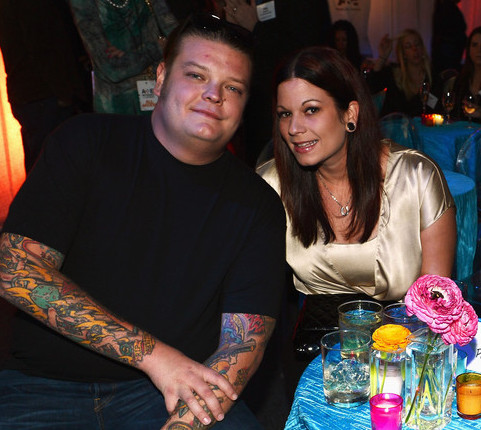 It’s a wrap! Pawn Stars famed Corey Harrison has filed for divorce from his wife, Karina, just a year after marriage.

According to The Blast, the two filed a joint petition last week in Nevada, which was sealed just days after filing. Reportedly, the pair, expecting a child this October, has already come up with an agreement on custody and spousal support. Harrison stated,

Karina and I love each other very much. With our competing work schedules, we just weren’t able to make the marriage work but remain good friends and want only the best for each other.

Corey tied the knot with Karina, Kiki Nejo Harrison, in May 2017 near San Diego, Kiki’s hometown. Since then, we’ve witnessed Corey showering love on his wife on Instagram, but we haven’t seen her on his social media posts since April 28.

The couple shared in April to Review-Journal that they are expecting their first baby, due on October 23. The child is to be named Richard Benjamin Harrison, in the memory of his late grandfather and former Pawn Stars veteran, Richard “Old Man” Harrison.

The reality star was previously married to his college girlfriend, Charlene, with whom he divorced in 2015.

Currently, Corey is partnering up with Roxie Amoroso, a veteran Vegas promoter and musician, to run the Beauty Bar, a music venue in downtown Las Vegas. Moreover, the recent episode of Pawn Stars was the tribute episode to the Old Man, which aired on June 27. The reality tv show’s season 19th aired on October 2, 2021, and ended on December 18, 2021. Likewise, the 20th season aired on April 23, 2022.