Skip to content
Home » Entertainment » What is Whale Wars fame Paul Watson’s net worth in 2018?

What is Whale Wars fame Paul Watson’s net worth in 2018? 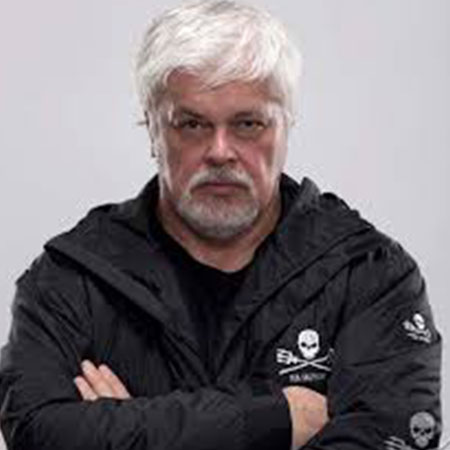 Paul Watson is a Canadian environmental activist widely known for his work in the documentary reality TV series, Whale Wars.

He was born in Toronto, Ontario, and worked as a tour guide for the World’s Fair in the late 1960s.

Paul then joined the Canadian Coast Guard and even worked as a merchant seaman for the Norwegian Consulate.

In October 1969, he joined a Sierra Club to protest against nuclear testing at Amchitka Island, which later evolved into the group known today as Greenpeace.

The first Sea Shepherd vessel was bought in December 1978 with the help from Fund for Animals and the Royal Society for the Prevention of Cruelty to Animals.

In 2013, he stepped down as the head of Sea Shepherd Conservation Society because of mounting legal complications.

Paul has received numerous awards for his help in conservation of marine life including a Jules Verne Award in 2012.

Watson has married four times and is a father to Lilliolani Watson and Tiger Watson.