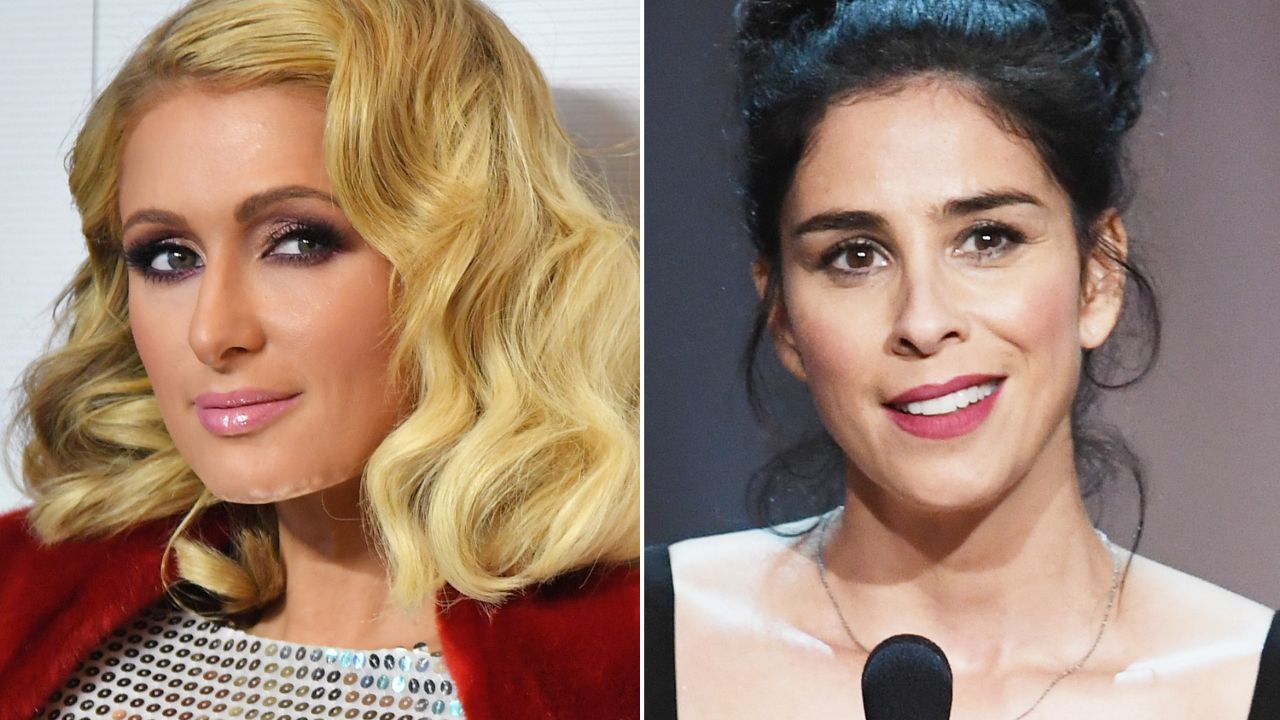 Paris Hilton accepts Sarah Silverman‘s apology. The popular DJ and socialite created an unplanned episode of her ‘This Is Paris’ podcast after the comedian, 50, made a public apology for a comment she made at Hilton’s expense during the 2007 MTV Movie Awards.

Silverman said on the stage,

I heard that to make her feel comfortable in prison, the guards are going to paint the bars to look like penises. I just worry that she’s gonna break her teeth on those things.

I was just shocked when I read it at first, pleasantly surprised and then I went and listened to her podcast and she basically made an eight and a half minute apology to me. She was so genuine and so sweet, and it really moved me. I felt just emotional hearing it and I could tell that she really did mean what she said when she was apologizing.

Silverman had earlier apologized for jokes about Hilton. What’s more, Hilton was scheduled to go to prison only a day after the awards show. Moreover, Paris was charged with speeding offenses in connection with a conviction for a suspected DUI. She didn’t know Hilton was in the crowd at the time. And Sarah said the comic noticed her after Silverman made the joke. The comedian further claimed she tried getting a letter apologizing to the heiress. However, the letter never actually got delivered.

“That night at the MTV Awards has haunted me for a very long time,” Hilton stated, confirming she never got Silverman’s letter and wished she did. “Apologies are never late, so it’s OK.”

Reaction after the Appology

Hilton mentioned how she had not expected Silverman to make a statement or apologize for the incident after she and her partner, Nicky Hilton Rothschild, had taken it up in the earlier episode of the podcast. She added she had been a follower of Silverman’s comedy before the incident.

I’m glad that her comedy has grown and she realizes that it’s not nice to make fun of people. Sarah is hilarious. I’ve listened to her comedy. I’ve always been a big fan, well, before that moment, and always just thought she was so funny. But not when she’s making fun of people, I think she’s just funny when she’s being her funny self.

Noting that she had gotten “a little teary-eyed” when reading Silverman’s post. Moreover, she assured the comedian, “We can start a clean, fresh slate.”

On her podcast, Sarah Silverman Podcast, Silverman explained what had transpired. The comedian made the NSFW joke about Hilton’s next prison term.

“The crowd went bananas, and while I was thrilled at the success of my monologue, I remember spotting [Paris] in the audience, I really do, and I remember seeing that look on her face and my heart sank,” she recalled. “There was a person under there. A couple of days later I wrote her a letter apologizing, felt awful and I never heard back, I certainly wouldn’t expect to anyways.”