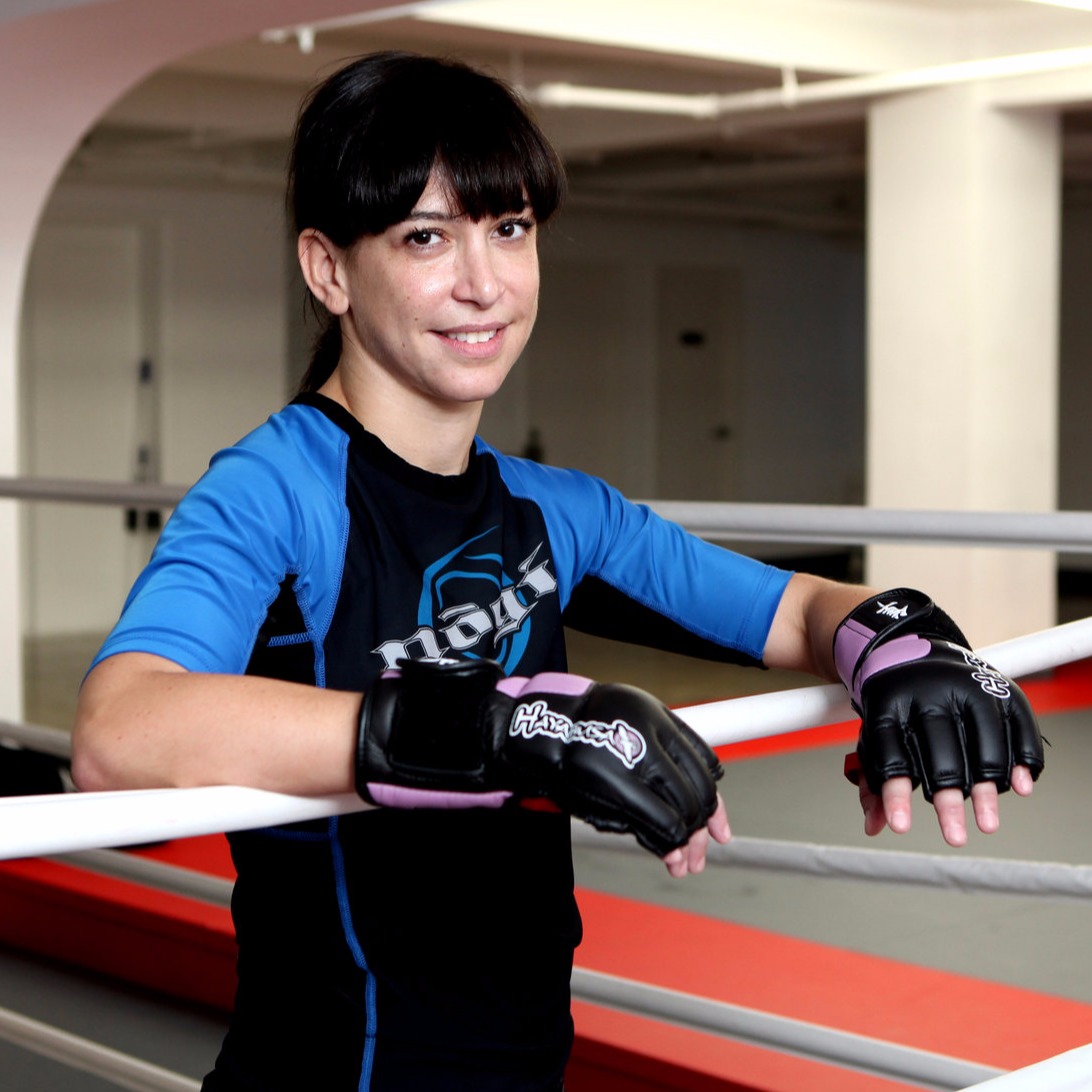 Ottavia Busia is a martial artist by profession. Aside from being wife (former) of the famous celebrity chef, Anthony Bourdain, she is recognized as a tough woman, an MMA fighter. She practices Jiu-Jitsu and calls it her life. She has won a blue and purple belt in it after training with world’s top instructors at Renzo Gracie Academy.

Born and raised in Lombardy, Italy, she made her way to New York City in 2000. Her birth details aren’t revealed but she is believed to be running in her late thirties currently, as mentioned by various media, while her divorce with chef husband became the talk of the town back in 2016.

In New York City, Busia held various positions in famous restaurants like Café des Artistes, Orsay, Serafina, Sette Moma, Le Bernardin and other. Avid martial arts’ practitioner caught the attention of media, after tying the knot with Bourdain in 2007. That same year, the duo welcomed a daughter Ariane. Met for the first time when she was working as a general manager in a restaurant, the couple spent romantic times together for about a year before exchanging vows.

Former restaurant woman herself, Busia made her marriage work for nearly a decade around her husband’s hectic schedule and frequent traveling for his TV shows. But, how long would such insane married life that is referred to as ‘unconventional marriage’ work? Finally, the couple divorced amicably in September 2016, after almost a decade of togetherness.

Context differs before marriage and after marriage. Similarly, Busia and Bourdain, who used to intend spending time with one another regardless of busy schedules, before the marriage couldn’t have that pleasure after. More, being a family woman and spending time alone at home with a little child wasn’t easy for her. So, they finally called it quit.

However, remaining in a friendly term, both of them are concerned in upbringing their daughter. Fans can stay updated through her official twitter page @OttaviaBourdain.