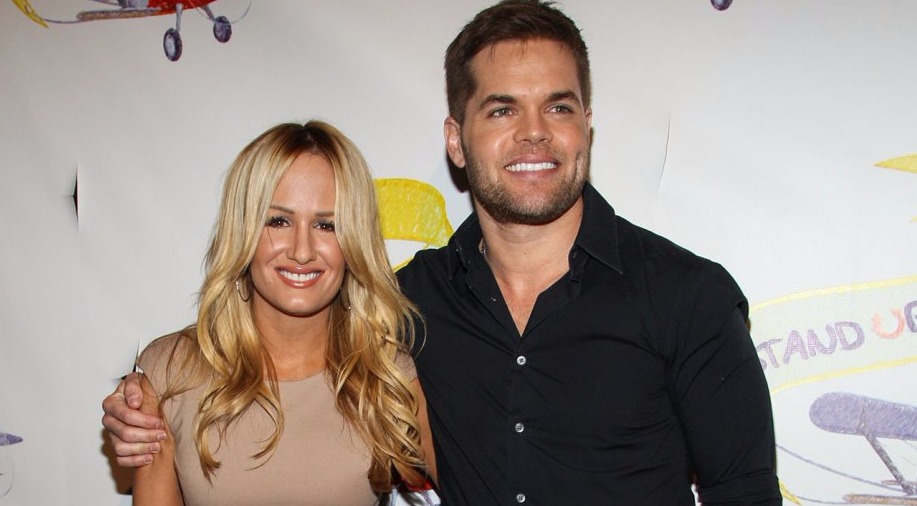 Jennifer “Jenn” Brown married an actor Wes Chatham in 2012. Together with her loving husband she has welcomed two children till date, the second one being born in June 2016.

The gorgeous journalist Jenn tied the knot with her long-time boyfriend Wes Chatham in April 2012 following a 7 months-long engagement. The romantic duo was together since 2007.

Brown and Chatham welcomed their first baby, a boy named John Nash in 2014. The couple delivered their second baby, once again a boy, on 1st June 2016. The second baby who was named Rhett Jameson weighed 7lbs, 13 oz. & measured 20½ inches at the time of birth.

The 35 years old journalist stated to PEOPLE “Right now we feel complete, but you never know.  We aren’t closing the door on subject”.

The happy couple confirmed that they had another baby on the way when their first cute little prince was just 9 months. Speaking to the PEOPLE, she said that after the birth of their first son, they hadn’t planned for the second child to be born anytime soon but eventually, after realizing that she was pregnant, they loved the idea of having two kids close together.

Sports enthusiast Jenn Brown has always been lucky, either it is about choosing a career or a life partner; she has always received joy and success. Happy with her cute little family, Jennifer Brown is having a great time with her loving husband and two cute little princes.