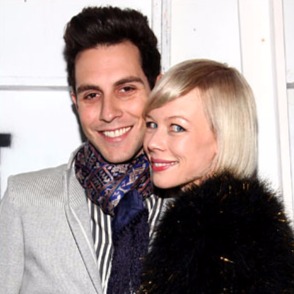 Gabe Saporta, a famous Uruguayan-American musician and his designer wife Erin Fetherston who are married since 2013, welcomed their son secretly in March 2016. The couple shares total net worth of $3 million together.

The love story of Gabe and Erin started in 2010 when they began dating. After knowing each other well during the three years of relationship, they got engaged in January 2013 and finally got married on 25th May 2013.

After three years of marriage, the couple recently created a big buzz in media with their newly born child. About five months back, in early March 2016, they welcomed their son secretly.

Despite their attempt to keep the news a secret, it got unveiled. Although no announcement has been made by the couple during Erin’s pregnancy, Erin announced on her website that she and her husband Gabe welcomed their first child in early March.

Erin announced their son’s birth by posting the statement “I’m thrilled to report that I gave birth to a healthy, beautiful baby boy at the beginning of March this year”.

She added “Many were unaware of this fact because my husband and I made a conscious decision to keep the pregnancy private for a few reasons. To us, pregnancy felt like a naturally concealed process”.

Gabe and Erin stayed out of all social media sites to keep their Erin’s pregnancy as secret as possible. However, Erin had attended celebratory events during her early pregnancy phase which gave the public a little hint.

Erin seems extremely happy to be a mother for the first time. She mentioned motherhood as the greatest gift of her life. She further wished that on this coming Mother’s Day, all women and mothers everywhere receive the love and appreciation they deserve and more importantly, love and appreciate themselves.

Gabe is quite a famous musician whose band, Cobra Starship, has added to his fame and fortune. Gabe Saporta’ s wife Erin has also earned some heavy amount from being a designer. The couple is estimated to own a net worth of $3 million together.