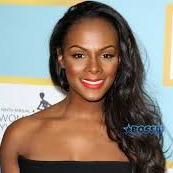 Congratulations are in order for newly mom Tika Sumpter.

Tika, 36, welcomed a beautiful baby girl named Ella-Loren earlier this month, on 8th October. Ella is the Southside With You star’s first child.

Dear Mom's, dad's and caretakers, I'm slow clapping for each and every one of you. It ain't no joke. pic.twitter.com/le4Yizay7R

Instead of sharing the picture or details of her newly-born, Sumpter took to Twitter to share this big news on Monday and commend all parents. She wrote, “Dear Mom’s, dad’s and caretakers, I’m clapping for each and every one of you. It ain’t no joke.”

A close rep to an actress revealed to People magazine that she was expecting a baby girl, also noting that she was already 7 months pregnant.

Everyone’s question was like why did this mom-to-be keep her pregnancy a secret?

The actress waited until August to share her pregnancy news, even keeping the news secret from some of her closest friends. She says, she just wanted to experience the every moment by herself as it was her first time.

Enjoy and create the life you want to live. Don't look to the left or the right. Look forward, be grateful and smile a lot. Those who hate just need a big hug and encouragement to live their best life. Pray for them. I do. Love you guys! Have a beautiful day!! @fitpregnancy

Last month, talking to Fit Pregnancy and Baby, she said, “She’s my first child, and I wanted to experience every moment of this pregnancy for myself and enjoy it without everybody else being in it with me. Until recently, you couldn’t tell if I was pregnant or had a little beer belly!”

The actress wanted to keep it secret being protective about her family and didn’t want to make it a subject of media buzz.

“Social media can be harsh, and I’m a mama bear, protective of my family. So that’s why I waited to tell people, including some of my friends. My friends weren’t mad at me. They said, ‘You did it the way you wanted to do it. You’re an inspiration”, she noted.

In an interview with ET in August, she revealed that she had been inspired by Michelle Obama and also called her playing the first lady in “Southside With You” a ‘gift to my daughter’.