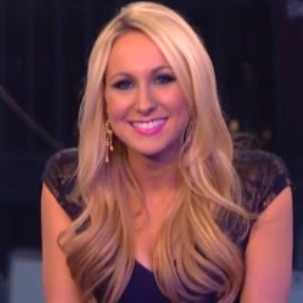 An actress, a comedian, a host, and a writer, Nikki Glaser is a force to be reckoned with. In a very short span of time, the multitalented star has established herself as one of the most sought-after artists. Appearing in some of the highly acclaimed shows like Last Comic Standing, CONAN, and The Tonight Show, she has become a household name in the USA. Additionally, she has hosted other multiple popular shows such as Nikki & Sara Live and Not Safe with Nikki Glaser.

Nikki Glaser took birth as Nicole Rene Glaser in 1984. She celebrates her birthday on 1st of June. The blooming stand-up comedian started performing at a mere age of eighteen. With her talent and devotion, she became the semi-finalist of a popular American reality television show Last Comic Standing within next two years. Since then, the hilarious comedian has performed on The Tonight Show with Jay Leno, Conan as well as 2 seasons of Last Comic Standing.

From 2011-2014, she anchored a podcast titled ‘You Had To Be There’ along with another amusing comedian Sara Schaefer. She hosted a weekly talk show Nikki & Sara Live. The show got canceled just after two seasons. Her show Not Safe with Nikki Glaser premiered on 9th of February 2016.

In addition to her hosting career, she has made appearances in movies as well. She played a minor role in 2009 movie Punching the Clown” and then starred in a documentary of Jordan Bray Am Comic and I Am Road Comic as herself. More recently, she was seen in Judd Apatow’s film Trainwreck.

Born to Edward J. Glaser and Julie E., the beautiful lady has Irish and German ancestry. Kirkwood High School graduate earned English Literature degree from the University of Kansas. The thirty-two years old has not felt any need of getting married yet. However, the 5’10” lady is claimed to have children.

Currently, she is busy hosting Not Safe with Nikki Glaser.