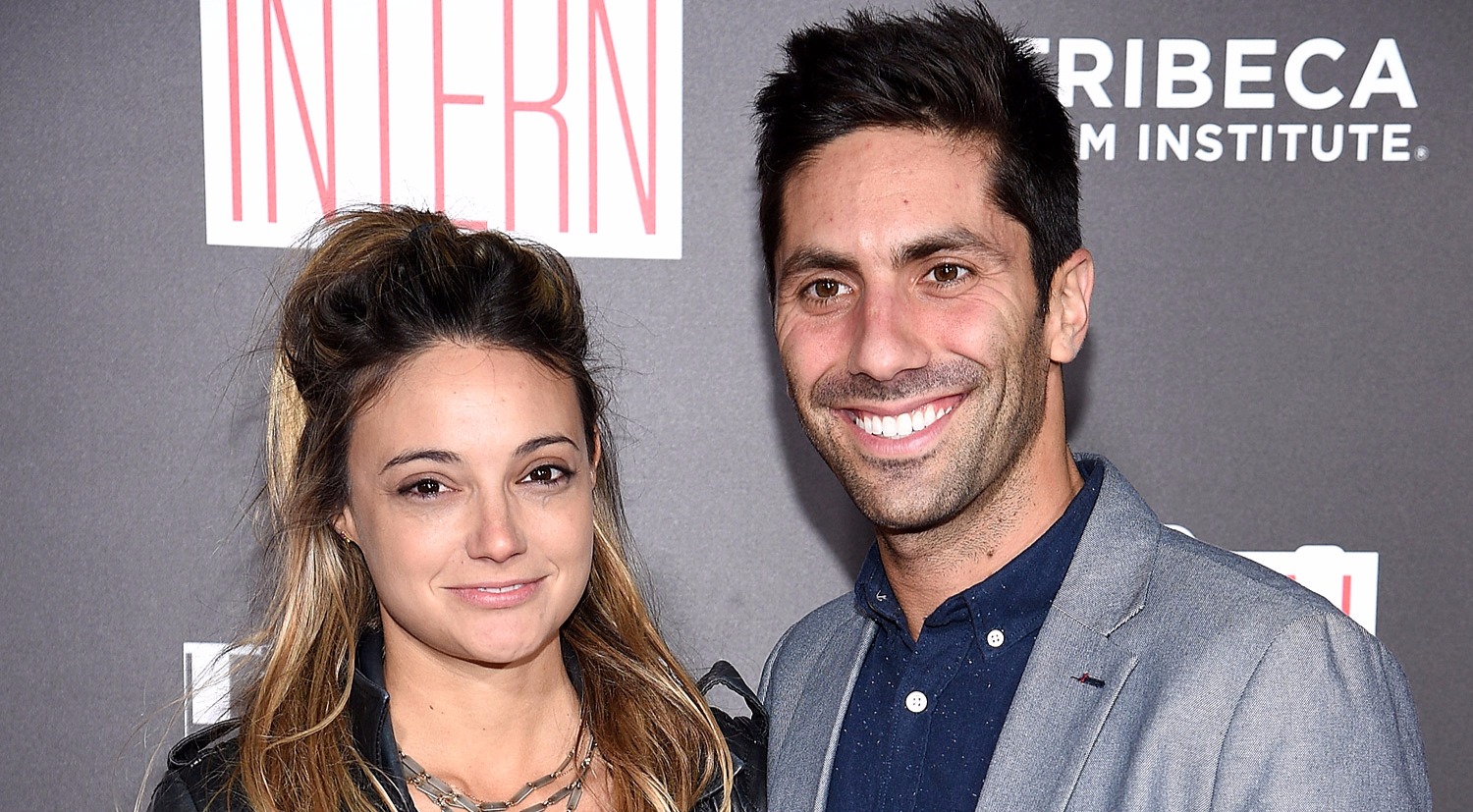 Nev Schulman and his girlfriend-turned-fiancée Laura Perlongo are pregnant with their first child, a baby girl. The couple seems excited about their first child and that excitement was there for all to see Laura in a new avatar, proudly showing off her baby bump at the VMAS. Still unmarried, the proud couple is likely to get married in the months ahead.

The Catfish couple Nev Schulman and girlfriend-turned-fiancée Laura Perlongo announced their pregnancy in May. The duo was present at the VMAS and they were spotted excited and proud. The couple didn’t seem shy or nervous as Laura walked the white carpet in Madison Square Garden with an open Grey Jacket showing off her baby bumps.

Although she was wearing an open Jacket exposing her cleavage and her baby bump, Laura managed to look stunningly beautiful. To her jacket, she added some jewelry to match up with her outfits.She’s a badass! Nothing better than a confident baby mama! jewelry: https://t.co/wix8vEufUv #VMAs pic.twitter.com/UoFQ59d5B6

The soon-to-be-mother stood proudly in front of the camera with her soon-to-be-husband. The couple looked adorable as the future dad Nev was holding Laura’s baby bump. Likewise, the soon to be dad Nev shared his excitement about parenting through his twitter account as well. He posted a picture which was captioned “Gonna be a real dad soon, but will always be your daddy”.Gonna be real dad soon, but will always be ur daddy pic.twitter.com/Tr4QrvL3q0

Adding to that, the future dad couldn’t help his excitements as he kneeled down and planted a kiss on Laura’s baby bump. The pose looked adorable as both Laura and Nev million dollar smiles on their faces which took away the limelight.

Pouring some more details in regards to their pregnancy, the excited couple stated that, both of them feel ready for the child and for the responsibility that comes with it.

Schulman and Perlongo have been in a relation for a long time now. They were in a long distance relationship before the news of them expecting came around. And soon after the news, the so in love couple got engaged.

They are now expected to tie the knots in the months ahead. Most probably post the delivery of their first child. However, no details or plans about their marriage have been revealed yet.family portrait paparazzi style.

Schulman and his girlfriend-turned-fiancée Laura Perlongo are expecting their first child and they seem really excited to welcome the new member. The PDA that Schulman displayed with his pregnant partner at the VMAS gave a little hint that he would marry the to-be-mother of his unborn girl in near future. Fans hope to hear the wedding bell of Nev Schulman and Laura Perlongo soon.