Mixed Ethnicity Farrah Abraham plastic surgery- An Obsession or A Need? Also see impact of surgery on her measurements 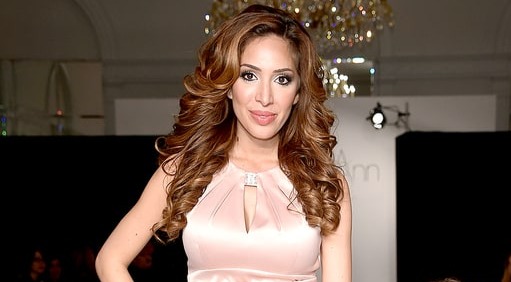 Farrah Abraham’s plastic surgery has garnered the interest of many lately. The Teen Mom star with the mixed ethnicity and really gorgeous body measurements has been frank about the attempts.

Plastic surgery may not be a need for her. Seemingly it’s an obsession, lately seen through her botched attempt at lips work.

Teen mom Farrah has undergone numerous procedures on her face as well as her body. Know more about her dramatic transformation.

Currently, in her mid-20s, Farrah experienced the motherhood during her late teens. Afterward, she went under the surgeon’s knife repeatedly for various procedures. She has completely transformed herself through several nips and tucks.

Even after the exceptional amount of plastic surgery, she recently tried for a lip implants surgery. However, it doesn’t seem to have worked positively on her.

The former Teen Mom star has appeared on The Doctors, where she discussed the allergic reaction she had to a “numbing product” surgeon injected her with, which caused her upper lips to appear three times the normal size, ultimately sending her to an emergency room.

Dramatically Transformed with the Multiple Procedures

Walking around with the transformed face but denying the on-going rumors about the plastic surgery, has been a common trend among the celebrities. But Farrah is quite different, candidly speaking about all the procedures she went through.

Her plastic surgery chit chats are hilariously staged. Comparable pictures illustrating her pre and post-surgery appearances are abundantly available around the web.

Rumors of her breast augmentation began surfacing when she was just 18. She was one of those 16-19 years old moms in MTV reality shows Teen Mom, who seemed unprepared for a child but quite obsessed with plastic surgery.

Reportedly, the former reality star has undergone three breast implants alongside, rhinoplasty, chin implants and lip injections. She underwent her third breast implants in 2015 and finally obtained her cups transformed to 34C size. It has complemented her current hot body measuring 34-24-36 inches.

Still, her interest in the cosmetic surgery hasn’t been hampered by her recent botched attempt. It seems like, she wants her fans to consider like nothing has changed on her.

Back in 2014, defending her plastic surgery, she said that her self-image became very unattractive that she transformed through the multiple procedures.

Abraham spends a lot of time critiquing her own looks prior the dramatic transformation. During a discussion about her novel entitled Celebrity Sex Tape: In The Making, she said “I would just waste hours and hours and hours in front of the mirror, and it’s to the point where I would waste my whole day and get aggravated with how I look, so I wanted to get surgery, and I think there is nothing wrong with that…”

Belonging to multiple ancestries including Syrian and Italian from paternal side and Danish and Sicilian from her mother’s side, her natural charisma might have originated from there. However, the fact that plastic surgery has played a significant role in adding an extra glow to Farrah Abraham’s face can’t be denied.