Skip to content
Home » Entertainment » What will Happen in NCIS season 16? Premiere Date and Spoilers here!

What will Happen in NCIS season 16? Premiere Date and Spoilers here! 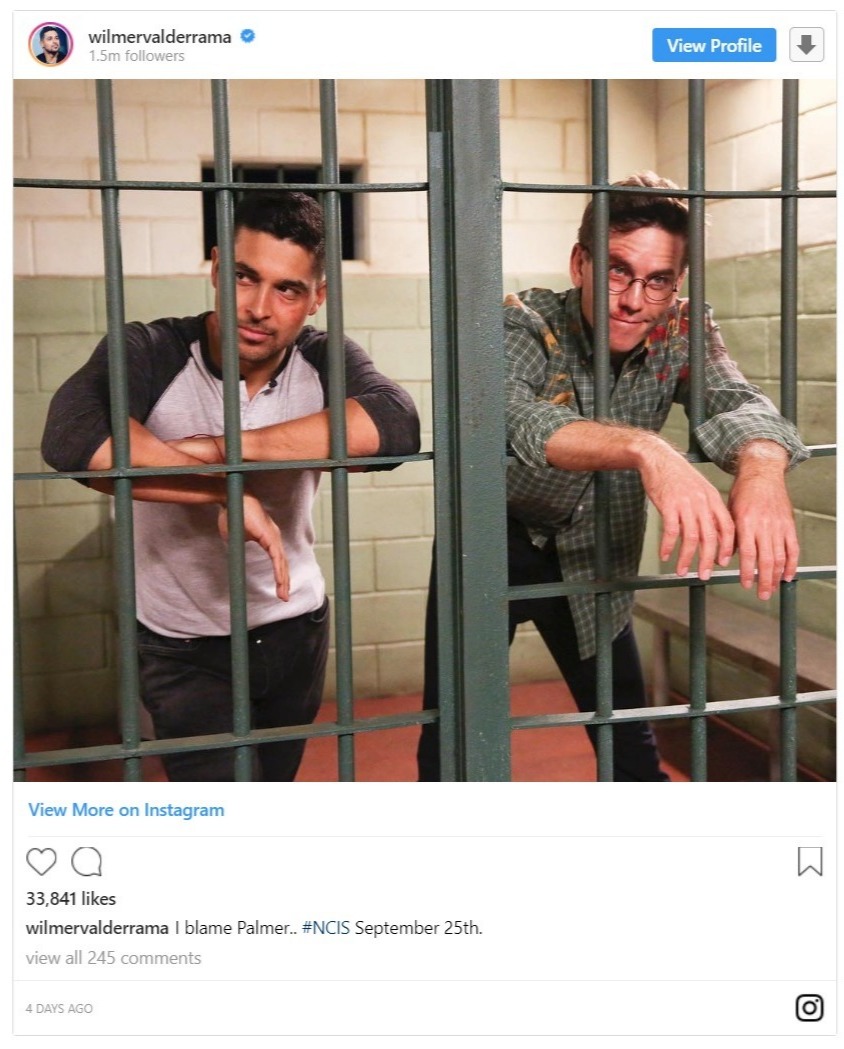 In the wake of Abby Sciuto’s (played by Pauley Perrette) exit, fans wonder what NCIS’s sixteenth season has to offer viewers? On that very matter, the show’s co-showrunner, Frank Cardea, has spilled some beans on the new season plot.

Wilmer Valderrama, who appears as Nicholas Torres in the hit CBS show, hinted at the new season plots, sharing pictures from the set. He shared a behind-the-bar picture with Jimmy Palmer (played by Brian Dietzen), wearing a shirt with paint stain, and Torres sporting a black eye.

Within a few hours, the fans have flooded the picture’s comment section mentioning how excited they are for the new season. To your relief, it’s safe to say your favorite characters are not in mortal danger. At least Torres’ caption and their expressions say so. Furthermore, we will be witnessing some romance in the upcoming season between Torres and Eleanor Bishop (played by Emily Wickersham).

Frank hinted about the possible romance between the two earlier in August, saying, “Torres and Bishop sort of… become close.” Fans would expect more for the new relationship with a happier ending than what “Tiva” fans received. Fans are looking forward to some fireworks!

Hold your heart for the romantic NCIS season 16, which is set to premiere on Tuesday, September 25, at 8 p.m. ET on CBS.

Pauley Perrette is to be replaced by Diona Reasonover in NCIS