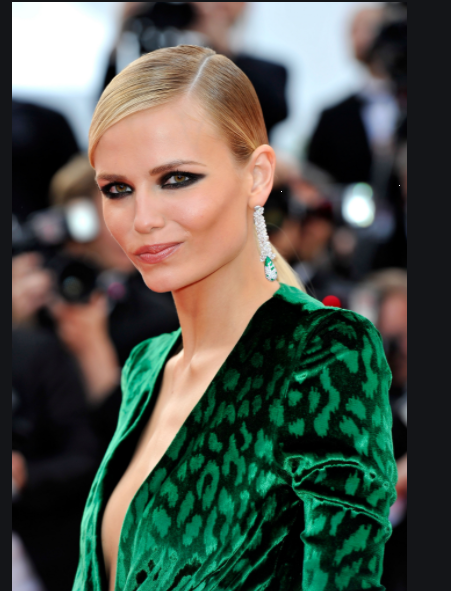 Born on 12th July, 1985 Natalya Sergeyevna Polevshchikova widely recognized as “Natasha Poly” is a one of the top model of Russian nationality. She was born in Perm, Russian SFSR, Soviet Union. This gorgeous lady started her modeling career from the year 2000. She got her breakthrough in modeling when she got invitation to participate in Russian model search competition called ‘New Model Today’. Natasha was declared as the runner up in the modeling competition. It was in the year 2004 when she made her first runway in ‘Why Not Model Agency’. After the show, she became the prominent model. She appeared in the different 54 fashion shows based in Milan, Paris and New York City. In the same year, she has even done many advertisement campaigns like ‘Gucci’, ‘Lanvin’, ‘Roberto Cavalli’, ‘Dsquared2’, Juicy Couture’, ‘Dolce & Gabbana’ and many more. She has also walked for the popular brands such as ‘Balenciaga’, ‘Chanel’, ‘Gucci’, ‘Prada’ and Victoria’s Secret’. Poly appeared as one of the faces in fourteen covers of ‘V Magazine’ in the September 2008 issue. She was ranked as number one model in the Fashion Television’s ‘First Face Countdown’ in 2008. Currently, she has been featured as a model in Vogue Covers of the year 2015 in the month of Febraury.

Moving towards her personal life biography, this hot and sensual Russian model is a married woman. She got married to Dutch Businessman named Peter Bakker on 16th April, 2011. It has been three years of their marriage and still they are carrying their good relation. From her marriage life with husband Peter, she has delivered a baby in September 2013. She has given her daughter a name of Aleksandra Christina. Apart from her marital relation she has not revealed any information about her past love affairs. As far now, she is living happy life with her family.