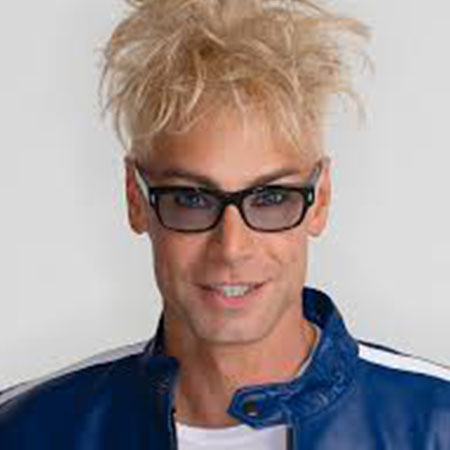 Murray ‘John’ SawChuck is a Canadian stage artist, magician, illusionist, and comedian best known as the ‘Dennis the Menace’ of magic.

He was born in Burnaby, British Columbia, to John and Arlene SawChuck on November 25, 1973.

The magician has hosted and has been featured in multiple shows such as Wipeout, America’s Got Talent, Pawn Stars and Celebracadabra.

Here are some interesting facts about Murray SawChuck (To Be Displayed)

His family has a history of rail work

Murray has quite the skill as an illusionist. He has not only produced a car from thin air, but he has even disappeared a 1918 steam locomotive.

His father and extended family have a 150 years old history working on railways and trains.

Learned the arts at a young age

Murray’s father was a musician and had played in different bands when Murray was young. Murray explained that exposure to the music was an influence on his showmanship.

By the age of 5, Murray started learning the accordion, keyboard, and saxophone. He learned Ukrainian dancing during this time as well.

His aunt and uncle gave him his first magic kit, a Siegfried and Roy, when he was 7.

By the time Murray was a teenager, he had learned basic skills and started doing 5 to 6 kid’s show in a week for six years.

According to Murray, he has worked a total of 21 jobs so far, which include busboy, lifeguard and fixing bicycles.

His array of awards

Over the years, SawChuck has garnered much recognition from people around the world and the showbiz industry as well.

Murray has won over 20 awards for his global performances, and he is the magician to invent an act using CDs.

He has a hefty net worth

After years of work, Murray has finally reached the pinnacle of his success as a magician and has garnered an estimated net worth of $4 million.

His show is held at the Planet Hollywood Resort & Casino in Las Vegas, Nevada, every other day.