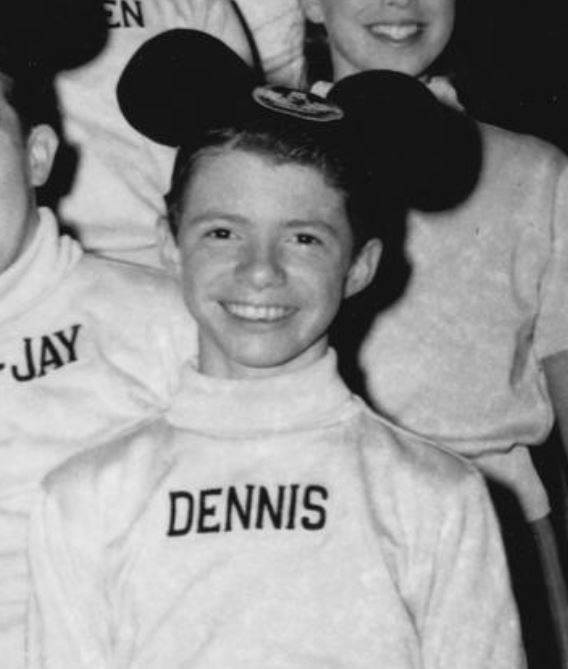 Dennis Day, one of the original Mouseketeers from the 1950s, has been missing for six months. Lt. Jeff Price from the Oregon Police Department said,

“I initiated the case on July 27 of 2018. As of today, with the help of the Oregon State Police, Jackson County Sheriff’s Office, National Missing and Unidentified Person System, and numerous friends and family, the case remains open with no leads as to Dennis’s whereabouts.”

Though Dennis Day has been missing from Phoenix, Oregon, since July 15, his family didn’t know until they saw the missing persons report on TV in January. In July, the report was filed by his husband, Ernie Caswell, who is struggling with “age-related memory loss.” Day’s sister, Nelda Adkins, told NBC,

“Ernie was in the hospital at that time, and he realized Dennis hadn’t come to visit him in a few weeks. So, he had someone from the hospital call the police and report Dennis as missing.”

According to Nelda, the whole family is trying to find the 76-year-old. A person living in Day’s home said that Day had left on foot to visit friends. Nelda added,

“Ernie, at the time, was in the hospital, so he wasn’t even at the house. Dennis had a car, but the car was left behind. He left his dog and his cat behind, too — he loved them dearly, just like children.”

A Facebook page launched to help find the Disney star describes him as a “76 years old, 5’7″ white male with gray and brown hair, weighing approximately 150 lbs.” Mr. Day came to fame for appearing in the first and second seasons of Disney’s The Mickey Mouse Club. Again the show ran for four seasons from 1955 to 1959. Later, he participated in several artistic endeavors, including acting, directing, sculpting, and dabbling in the culinary arts.

On July 12, 1942, Dennis was born in Las Vegas, Nevada, to Fred A. Day, a superintendent at a golf course and Verda L. Day, an office manager. Before being a part of MMC, he appeared in several commercials and made his film debut with a role in A Lion Is In The Streets (1953).

After training with a pianist and developing dancing skills, he became Mousekeeter in the first year. But he was placed on the Red team only in the second year. From the 1960s to the mid-1980s, he was the musical director and entertainer for California Renaissance Pleasure Faire and Dickens Christmas Faire.

He came out as a bisexual in the 70s and moved to Oregon with Ernie in the 80s. They married in Ashland, Oregon, during a religious/political event held by a clergy. He and Ernie own a line of wine jams and jellies, producing items like Garlic and Onion Burgundy, Jalapeno Pepper Jelly and Banana Jam.