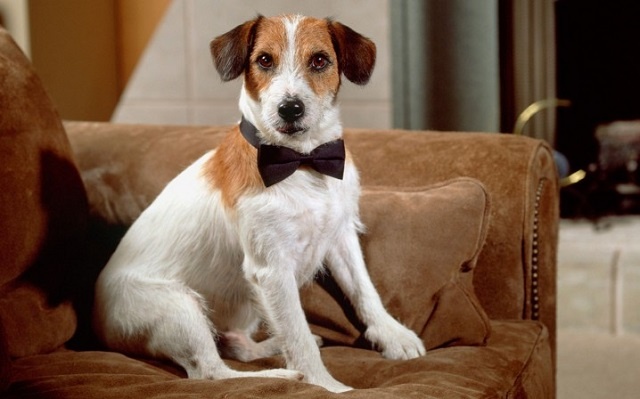 Best recognized for portraying Eddie Crane in Frasier, Moose was one of the highest earning animals.

Moose was a troubled terrier when he was a pup. It was very hard for his then owners Sam and Connie Thise to raise him. He chewed almost anything, barked a lot and was getting impossible to be house trained.

The Thise family ultimately gave him up to the Florida manager of Birds and Animals Unlimited. He was then put on a plane and sent to L.A. to pets trainer Matilda DeCagny who worked for the show-biz animal company.

Besides appearing on Frasier from 1993 to 2000, Moose has appeared in My Dog Skip, Rold Gold Pretzel commercials, Coach print ads, etc. Reportedly, he received a salary of $10,000 per episode and earned a net worth of nearly $3.2 million.