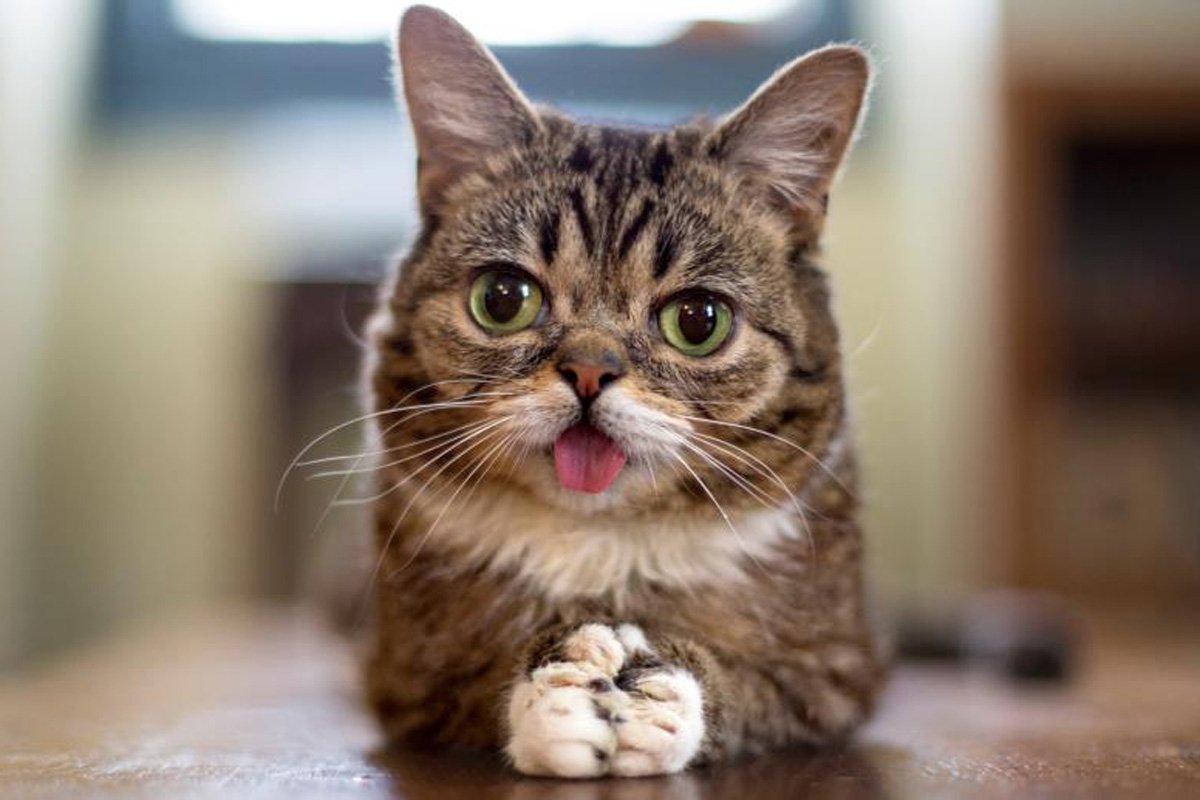 Renowned for a unique appearance with her tongue stuck out most of the time, Lil Bub is a celebrity cat – a movie star, an author and a philanthropist.

Lil Bub was the runt of a healthy feral litter, born with several genetic mutations. She has short lower jaw and is toothless because of which her tongue always sticks out. She also suffers from osteopetrosis (a form of disorder in bones) for which she is receiving medication. The bone condition and her short legs have made it difficult for her to move but she is “a fantastic waddler.” She has extra digits as well.

Lil Bub has appeared on various television programs like Good Morning America, The View, Today, etc. and has been featured in magazines like Bullett Magazine and Bloom Magazine.

Lil Bub starred in Lil Bub & Friendz, a documentary which was directed by Andy Capper and Juliette Eisner. The documentary premiered at the 2013 Tribeca Film Festival and went on to win the Tribeca Online Festival Best Feature Film. Celebrity cats like Grumpy Cat, Nyan Cat, and Keyboard Cat also starred in the movie. She has also starred on web series Lil Bub’s Big Show in 2013 and has released an album entitled Science & Magic.

She has her own line of merchandise which include calendars, stickers, mugs, bowls, shorts, leggings, t-shirts, plushie, necklace, socks, toys, coloring books, phone cases, pillows, and blankets. She sells them from her personal website as well as from her store in Bloomington, Indiana.

Lil Bub’s exact net worth has not been disclosed, but it’s big enough that Mike Bridavsky (Lil Bub’s caretaker) was able to quit his job years ago. Lil Bub has also donated more than $200,000 to various animal charities. It has been revealed that she earns nearly $30,000 in royalties from YouTube each year.