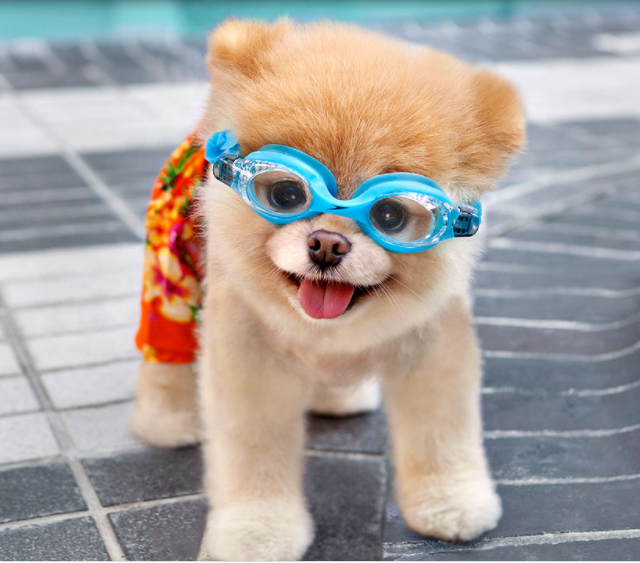 Considered as the world’s cutest dog, Boo became an internet sensation in October 2010 when singer Kesha tweeted that she had a new boyfriend, linking to his Facebook page.

Boo’s owner Irene Ahn [a San Francisco-based Facebook employee] created a page for him on the social media site with the statement “My name is Boo. I am a dog. Life is good.”

He garnered more than 5 million likes on his page within a short time, which eventually invited a deal from Chronicle Books to write a book on him.

The eleven-year-old Pomeranian is a subject of four photo books and has more than 17.1 million likes on Facebook at present. He has been named the Official Pet Liaison of Virgin America airlines since July 2012. Boo’s endorsements earn him $1 million every year.