Moniece Slaughter Exposed her Ex-Boyfriend Rich Dollaz dirty intention: He was only Dating her for Fame? 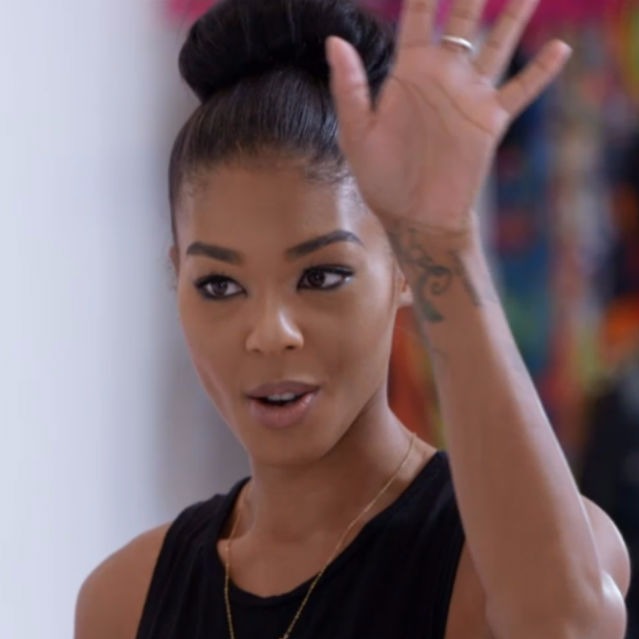 Moniece Slaughter was with her ex-boyfriend Rich Dollaz for some period of time before she exposed the dirty intentions of the man. The controversy which claimed that Rich Dollaz used Moniece to gain fame has attracted a lot of attention and is being talked by many people around the world. Perhaps, Moniece’s birthdays haven’t gone very well since the upsetting relationship with Rich Dollaz.

Moniece Slaughter is beautiful, tall and very curvaceous. She would be the dream girl of any men seeing her. However, Rich Dollaz was the one lucky man to win her heart.

It’s even said that Moniece was head over heels for the love of her co-star Rich Dollaz. But, things seem to have taken a rough turn since Slaughter exposed Dollaz’s intentions of using her to attract the limelight.

According to the recent reports, Moniece Slaughter and Rich Dollaz do not seem to be having very good opinions about each other after the controversial breakup. Anyway, from Moniece’s behaviors, it seems she is not very much bothered about the breakup.

In fact, she is more relieved. She has perhaps made a right decision to leave Rich – at least if what she says about Rich’s intention is true.

Moniece Slaughter said, “All I will say is that I can’t trust Rich. I don’t know what’s real for Rich, but I know what I think, is that initially it was not real to him, and I think that he was using me, and I think that somewhere along the lines his feelings did become real.”

If you closely look at what Moniece said, it looks like Rich really loved her as they were getting along in the relationship. In contrast, Moniece didn’t actually feel the immense love that should have existed from earlier.

Maybe Moniece did a good job by breaking up. And, Maybe not. At least, he started loving her at the end.

Moniece Slaughter celebrates her birthdays in different ways every year

Moniece Slaughter’s birthday is on March 4. The 29 years old Moniece spends birthdays with her friends and loved ones. Sometimes, she even goes to outings. In the past, some lavish parties have also been recorded on Moniece’s birthday.

Soooooo I was just wondering ✌ who put eyeshadow in the middle of her lids like that! Oh yeah….SHE DID LOL pic.twitter.com/f4WEHFoq2y

All in all, Slaughter will find someone better in the future – not someone who would want to take advantage of her fame and beauty. Well, Moniece Slaughter may find a trustworthy boyfriend before her next birthday arrives.