Joel Edgerton opens up about his November 4th release Loving 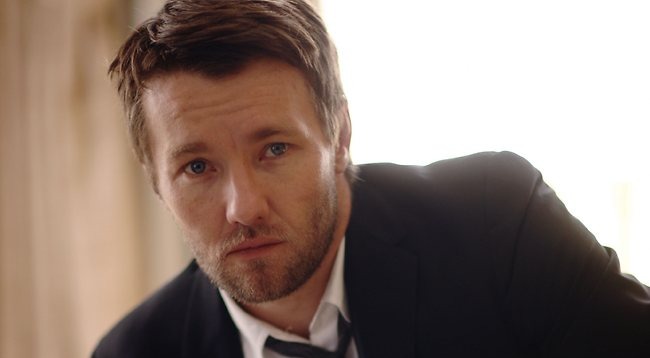 When we think about actors, we think about the glamor and the reputation that they carry. But rarely do we acknowledge the hardship that the actors have to do while they prepare for a movie. We, the audience, get astonished by the actor’s performances that we forget how hard it might have been for them to get into the character they are playing.

Understanding and getting into the skin of a character is testing task, even for the successful actors. The task becomes even harder when the character is real, not fictitious and the character has changed the course of history for the whole nation.

Actor Joel Edgerton, who will be seen in November 4th release “Loving” faced difficulty when he took on the role of Richard Loving. The movie is directed by Jeff Nichols. The movie is based on the real-life story of a couple who married each other despite belonging to different races.

Had the pleasure of attending the cast & crew viewing of @lovingthefilm, I also happen to be in it (look for my face) , it was such an honor and privilege to work on such a great movie with such a talented crew and cast. #thebyrdrva #lovingvsvirginia #LovingMovie #joelegerton #ruthnegga #rvafilm #acting

Besides Joel, the movie also stars Ruth Negga, portraying the role of Richard Loving’s wife Mildred loving. The movie is based upon the 1967 Supreme Court Case, famously known as Loving Vs Virginia. The case brought revolutions and ended anti-miscegenation laws and made all the marriage between different races legal.

Portraying the character of a man that changed the history for all was a big asks for actor Joel. To his credit, he took on the responsibility to present the character of Richard Loving without even knowing much about the man.

He along with other members of the movie would sit down and try to know the Richard Loving in Nancy Buirski’s documentary “The Loving Story”. Speaking of knowing the character the actor said:has” I actually went to bricklaying in school, you know because Richard was a bricklayer and I thought I’d save Jeff’s time on the set”.

The actor also explained how the current generation are still unaware of the history that their nation has. The actor believes that kids, in their schools, are not told about the full history of their nation. Speaking about the history the actor said, “When change happens the people that stood in the way of change become villains. But it’s amazing how, when change does happen, everybody stands on the side of change and goes “Yeah that’s what I wanted too!”.

In recent times movies with a touch of past in it have gone on to become Hollywood’s blockbusters. Movies like “12 Years a slave” and “Hamlin” have created history. Loving is also likely to follow in their footsteps and create history itself.

Even before the movie is released there is a talk of Oscars for the actors. “Its add’s a bit of pressure to me. Because that sort of talks does definitely stroke the ego, and I have to acknowledge that, accept that on a bigger picture level” said the actor on the Oscar talks going around