5 amazing facts about Misfit Garage you did not know 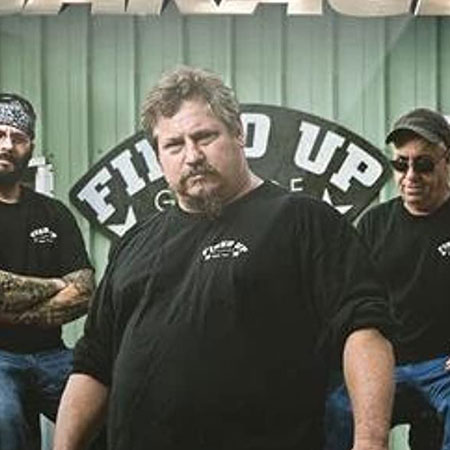 The series Misfit Garage, which premiered on October 13, 2014, has completed four successful seasons and managed to win hearts of the millions.

Misfit Garage is loved by many fans around the world as they can relate to the dysfunctional yet lovable crew.

However bad the situation might seem, they seem to make it work in a brash, careless, redneck-y sort of way.

Here are some of the behind the scenes facts that you may not have known about the hit Discovery channel show.

The crew include four partners and other workers among whom the profit from the car is shared.

Whereas, flipping cars allows them to make less money. The crew have made a lot of profit thanks to the show.

Drove car into a lake

One of the main crew members, Tom Smith once drove a car into a lake on purpose.

The act was less of an accident and more of a ‘burial at sea’ according to smith .

Smith and a friend tried to  make an amphibious vehicle out of the car, thinking that they could make it float on water.

Painter John Klump has worked on a lot of fascinating projects, but his proudest one is a one of a kind vehicle known as the ‘Batvan’.

The Batvan boasts a built-in flamethrower( which is real) and a side mount for a machine gun(which is fake).

Richard Rawlings is a very busy man these days. Addition to Misfits Garage, Rawlings appears in two other shows on the Discovery Channel.

Many car fans and press have speculated that the Rawlings TV empire has become increasingly fake.

The firing of Tom Smith and Jordan Butler from Gas Monkey Garage could have been a set-up to create an excuse for a new Rawlings show.

Any viewer of the show can easily detect the tension between the Gas Monkey Garage and the Fired Up Garage.

Many fans think that the FU garage was originally created to compete with Gas Monkey Garage.

However, that hasn’t stopped the Gas Monkey Garage to prosper but instead Fired Up Garage has skid many levels in terms of business.