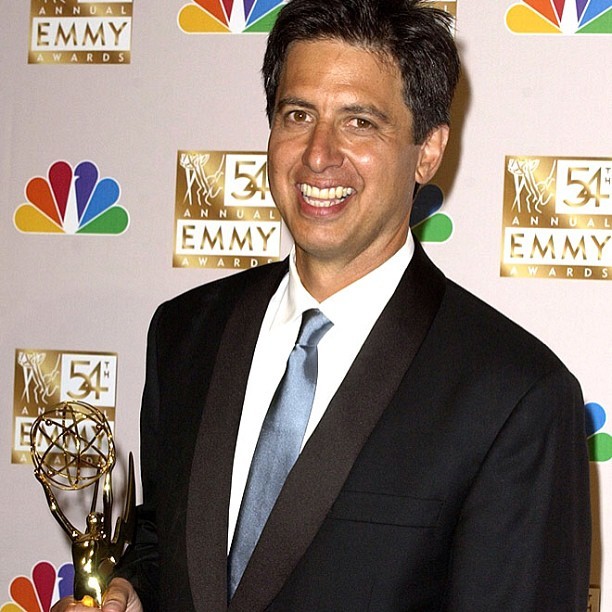 Ray Romano and wife, Anna Romano, are living an extravagant life. They have four gorgeous kids. Ray, a Hollywood famed actor, has a net worth of $130 million.

Ray and Anna Romano are amongst those wonderful celebrity couples, who have been in a happy and healthy relationship for a long time. Ray married his wife, Anna, on October11, 1987, and the couple has been together ever since.

Ray and Anna are both successful in their own way, this gorgeous couple comes together after they first met while working in a bank. After a whirlwind romance, they married in a beautiful ceremony in 1987.

Congratulation are in order! Ray and Anna will be soon celebrating their 29th anniversary this October. Even though Ray and his wife, Anna have been married for almost 28 years, he doesn’t have confidence in “till the death do us part” vows that they exchanged. Perhaps, Anna battle with breast cancer in 2010 is the reason.

Even with Ray’s busy career schedule as an actor and comedian, the couple has managed to find the time to start a family. They have welcomed four kids to the family; a daughter named Alexandra in 1990 and later three sons, twins Matthew & Gregory in 1993, and Joseph Raymond in 1998.

Ray and Anna are known for their extravagant lifestyle and on-going strong bond alongside their hands on raising of four wonderful kids of good manner and discipline.

Ray Romano’s life on camera: How rich is Ray Romano?

Ray Romano is an established American comedian-turned-actor and screenwriter, widely acknowledged for his part in situation comedy, Everybody Loves Raymond.

With an acting career started in the late 1980s, competing on Johnny Walker Comedy Search, Ray has appeared on numerous TV programs, including Dr. Katz, Professional Therapist. One of his recent roles includes portraying Hank Rizzoli in Parenthood, from 2012 to 2015.

Ray Romano’s net worth is lately estimated at $130 million, making him one of the wealthiest comedians in America. In addition to that, Ray has created & starred in TNT comedy-drama Men of a Certain Age.

Back in the late 1980s, Ray’s net worth started to grow when his appearance in Johnny Walker Comedy Search was noticed by television producers. This appearance later landed him a role in situation comedy, NewRadio. Following the exposure, Ray was even offered to join the Late Show with David Letterman.

In 1996 Ray’s net worth growth shifted to the high gear when he was cast as the leading role on successful television series Everybody Loves Raymond. The sitcom was nationally syndicated for nearly a decade until the spring of 2005.

Ray and Anna Romano’s married life has gone on to span nearly 29 years, with four kids together. Ray Romano’s net worth of $130 million surely means an extravagant lifestyle for his wife and kids.