Television commentator Mike Francesa is residing in Manhasset, New York with his wife and children. Know more about his married life 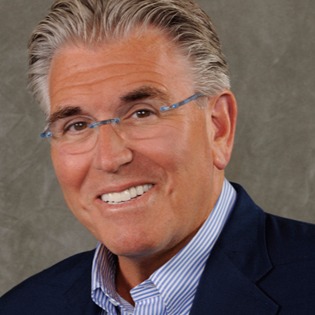 Mike Francesa and his wife Rose is spending the splendid lives together with three children. The couple who used to live in Manhasset, New York has now shifted to a new home which is worth around $3.5 million in Remsenburg, NY. Mike’s marriage with Rose is his second marriage.

Mike Francesa was first married to Kate before Rose

Mike Francesa tied the knot with wife Rose on 14th July 2000. Since then, he has been living a happy life with her.

From getting into the conjugal connection with wife Rose, Mike has become a father to three children. Among three, two of his kids are twins named as Jack Patrick and Emily Grace who are 11 years old now. His third child Harrison James is nine years of age.

Even though his professional career is like an open book, Francesa has revealed very little information regarding his personal life. Other than names of his wife and children, not much about his family has been ever revealed to the public.

Some sources revealed that he was married to someone named Kate before getting married to Rose. It came in the news that he got separated with his first wife by taking a divorce in 1983. 17 years later, he became a groom for the second time by getting hitched to Rose.

During his radio hosting career, he has been pranked several times. Here’s one of his prank videos.

A few Years back he moved to his $3.5 million worth NewYork-based new house

Mike Francesa and his wife used to live in their Manhasset, New York-based house in the past, which was worth around $2.3 million dollars. A few years back, they sold that house and moved down to their another house based in Remsenburg, New York. Their new house is built on nearly 7462 square feet area. It has 7 bedrooms and 6 bathrooms.

The couple is believed to have bought their new house in 2008 for around $3.5 million dollars.

Mike Francesa is a renowned name of American journalism field. He is best perceived in the media world for working as co-host of the popular show Mike and the Mad Dog. At present, he is hosting his own show called Mike’s On: Francesa on the FAN.

He is not much active on social networking sites. But somehow he has posted a few interesting tweets on his Twitter account. Here’s his recent tweet.

If Dawn is gonna be speakin dis late, he needs a snack bowl. Really resonates with da mongos. pic.twitter.com/0K5gPqFmLb

Despite the fact that there is very less information accessible about Mike’s personal life, it is revealed that he is spending a happy life with his family without having any issue. The family is living the best of their lives, enjoying each others’ company at their Rosenberg, New York-based house.