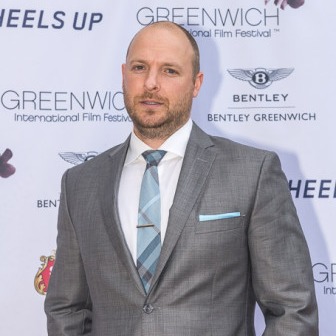 Ryen Russillo‘s estimated annual salary as an ESPN host is $95 thousand. Money is not much of a problem for him as he drives a $73,000 land rover. Ryen has been working for ESPN for more than a decade now. Until recently, he co-hosted Russillo & Kanell with his on-air partner, Danny Kanell. Prior to working with ESPN, Russillo was a sports voice in Boston, Mass, where he was a CSN studio host and an NBA analyst. After his spell in Boston, Russillo joined ESPN in 2006 and hosted NBA Sunday, The Baseball Show, and the NFL Draft.

On April 26, ESPN announced layoffs within the company. An estimated 100 on-air staffers have been let go. Russillo’s co-host, Danny Kanell, was among the 100 who lost their jobs.

Another news surfaced stating that Russillo, along with other big name ESPN personalities, would be taking on a “reduced role” at ESPN. But, Russillo posted on his Twitter account to let his fans know that he was not among the ones who were cut off and would begin broadcast from Monday.

Ryen further tweeted that a rival agency had implanted false reports of him and others being reduced.

Following Ryen’s announcement, sources claim that he might have signed a new contract with new terms with the sports channel. The Russillo & Kanell host is expected to broadcast alone next week. The show probably won’t be called Russillo & Kanell now that Kanell has lost his job.

Ryen’s new contract might mean an increase in his ESPN salary. There haven’t been any new developments about his new contract. Having said that, on the basis of the reports and post made on the subject it can be said that Ryen’s salary is expected to be in between low to mid six figure range.

Ryen hasn’t addressed media about hiring another host to work alongside him or him handling the show alone.

The money ESPN will supposedly save from the Danny Kanell’s ESPN salary and from the other fired employees will be used for televised drives on Monday Night Football.

Ryen is often rumored to be dating ESPN personality Cari Champion. However, neither of them have talked about this, at least not seriously. In May 2014, Champion shared a photo of them together and called Russillo her “boo.” Needless to say, this declaration sent her followers into a frenzy.

Russillo, like any other celebrity, prefers to keep his love life under wraps and if he really is dating Champion, he’s keeping it to himself.