Skip to content
Home » Entertainment » How much is Stranger Things’ Millie Bobby Brown net worth in 2017?

How much is Stranger Things’ Millie Bobby Brown net worth in 2017? 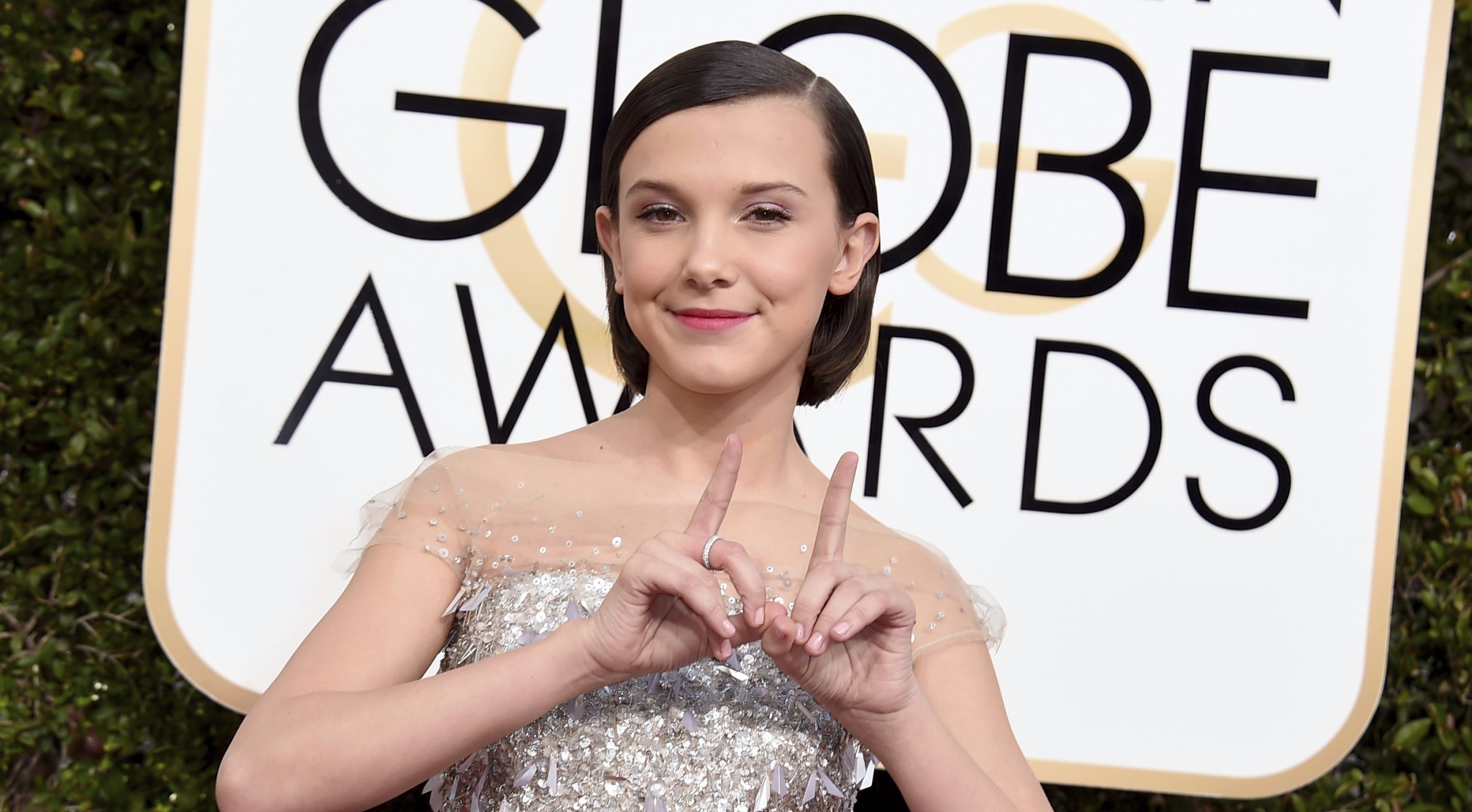 Millie Bobby Brown is one of the biggest young stars in Hollywood these days. Thanks to her role in the Netflix series, Stranger Things.

Brown, who topped the IMDB’s list of top breakout stars in 2016, is experiencing a global stardom at a very tender age.

Brown was born on 19 February 2004, in Marbella, Andalusia, Spain as the third of four children to Kelly and Robert Brown.

When she was 8, her family moved to Orlando, Florida, where she attended acting classes to pass the time on Saturdays.

It was there, a top Hollywood talent scout founded her and advised her parents to let her try out acting.

Her parents moved the family to Los Angeles to help her pursue an acting career.

Impressing many talent agents, she earned her first acting role in ‘Once Upon a Time in Wonderland’ in 2013.

Later, she performed small roles in Modern Family, Grey’s Anatomy, NCIS and Intruders but it wasn’t helpful to sustain her family in the U.S.

She was called to audition for the role in ‘Stranger Things’ while she was in the UK and did not know anything about the plot of the show.

It was only after the audition she learned that she would need to shave her head for the role of Eleven.

But she handled it like a pro and the the video of her shaving her head later went viral.

She has totally gotten into the character of Eleven and has earned high appraisal for her dedication.

She has won MTV Movie & TV Awards for her for Best Actor in a Show for her performance in the series.

She has signed to play Madison Russell in the movie, Godzilla: King of the Monsters, which is set to be released in 2019.

Now, the 13-year-old has become her family’s breadwinner and her rags-to-riches story is well-known.

It has been reported that she earns over $30,000 per episode of Stranger Things.

The owner of over $6.5 million, Brown has become a style icon, who dons attires of famous brands like Gucci and Calvin Klein.

In early 2017, she was named the new face of Calvin Klein and has been signed to promote Converse sneakers.

Millie is a devoted boxing fan and often goes to the gym, where she practices Thai Boxing and Jujitsu routinely.