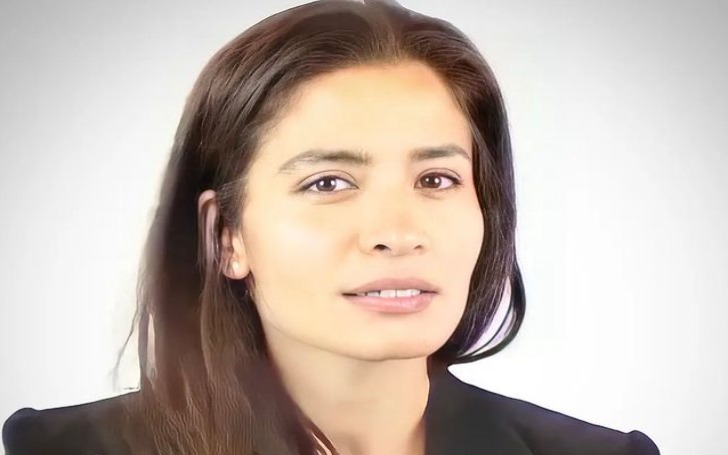 Mercedes Mason came to fame as an actress in many movies and TV shows. She was born on March 3 in Linköping, Sweden, which is also her hometown. She is a beautiful actress who stands 173 cm tall.

Mason is well known among the public for her roles in American Television series like Chuck and Fear the Walking Dead. The actress is famous for her attractive looks and fabulous acting.

The Early Life of Mercedes Mason

On March 3, 1982, Mercedes Mason was born in Linköping, Sweden. Morever, Mason grew up till the age of 12 in her birthplace. Later, at 12, Mercedes shifted to the United States of America with her parents. What’s more, the NCIS star, Mercedes, was passionate about acting from her childhood.

Mason has loving and supporting parents, and she also has a sister with whom she spent her childhood. Details regarding her sister’s name are still behind the curtain. What’s more, she comes from a middle eastern heritage, as her family emigrated from Iran. Mason only recently became a US citizen, and she became an American denizen in 2016.

The Chuck actress Mason is well educated and has finished her early education in Chicago School. After completing her early education, she went to college to study Psychology. However, she hasn’t made the name of her school and college public.

At the age of forty, Mercedes Mason still holds an amazing figure. Furthermore, Mercedes’ measurements come in at around 36-25-36. Moreover, Mason is estimated to weigh 139 lbs at five feet and nine inches.

The Rookie actress, Mercedes Mason, married David Denman, an American actor and a television personality. The romantic couple, Mercedes and David, tied their knot in September 2014. Moreover, the couple, Mason and Denman, exchanged their vows in the presence of their family and friends.

The lovely pair has been together for 11 years! Furthermore, Mercedes and her husband share a very strong bond. What’s more, Mason posts photos with her husband on her Instagram account.

The couple is currently living happily in Los Angeles, California. They also have two children named Caisus Kane and Sagan Cyrus. Mason seems to have a perfect and happy family.

Mason remains fine sharing the love for her partner and children on social media. Nevertheless, Mercedes hasn’t shared much about her past affairs. And so, the names of all of Mason’s ex-boyfriends and partners remain hidden from the world.

Mason came out as Bisexual in 2019

Mercedes Mason is a successful actress. In her acting career, she has been able to earn both fame and money. Moreover, Mercedes has a total net worth of $7 Million. She has earned this money through her successful career as an actor.

Mason also has properties and assets which are worth more than a million. However, the details regarding the said assets of Mercedes remain in the murky waters. Currently, she lives a luxurious life with her husband and children in Los Angeles, California.

Mercedes is actively present on social media like other celebs. She has a verified Instagram
account @ercedesmason, where she has more than 122k followers and more than 680 posts.

Mason frequently keeps posting her daily updates and photos on her social account, showing that she is an extrovert and social person. Her posts are often liked and commented on by her fans and followers.

The Career of Mercedes Mason

Famous Actress Mason’s career started with a minor role in the daytime soap opera ‘One life to Live.’ What’s more, Mason used her birth name Mercedes Masöhn during that time. Later in 2006, she returned for two more episodes as Nerry.

After this, she appeared in various series such as NCIS, CSI: NY, Castle, etc. She had her main role debut in Quarantine 2: Terminal, the sequel of the movie Quarantine. Before that, she appeared in minor roles in The Break-Up (2006) and Red Sands (2009).

Also, she gives her presence in many other movies like Three Vails, General EDucation, Slightly Single in L.A, Sniper: Legacy, Ana Maria in Novel Land, and What the Night Can Do Tasha Cole, and Love by drowning.

However, Mason’s big break came in 2012 on The Finder tv show. Mercedes also appeared on the TV show 666 Park Avenue in the same year, moving forward with the momentum. And a couple of years later, Mason once again landed a role that propelled her career to new heights. In 2015, she found herself playing the role of Ofelia Salazar in the hit spinoff series Fear the Walking Dead.

Mason’s Character died in the First Season of The Rookie.

And more recently, Mercedes Mason appeared in the first season of The Rookie. Although fans initially loved her character, Mason’s Zoe Andersen is then killed off in the 16th episode of the show.

Moreover, it set the show’s tone perfectly. Zoe’s death showed Nathan Fillion‘s character the grim reality of working as a police. What’s more, the showrunner Alexi Hawley later stated on Twitter how monumental the death of Andersen was for the show.