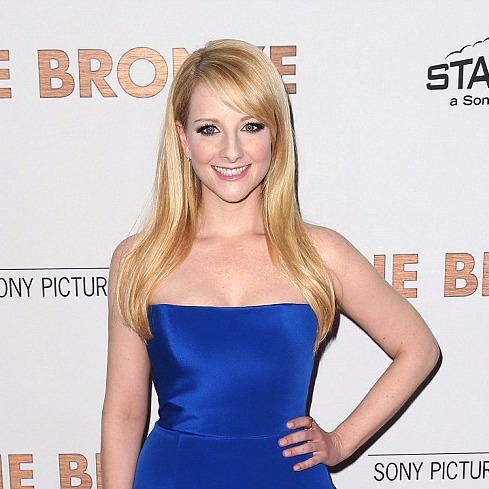 Melissa Ivy Rauch is commonly known for her character Dr. Bernadette Rostenkowski Wolowitz on the CBS comedy series The Big Bang Theory. A versatile, talented and notable American actress and comedian, Rauch has also tried her hands in Film Producing and script writing.

Born on June 23, 1980, she is currently 36 years old. She was born to Susan and David Rauch in Marlboro Township, New Jersey as a daughter.

She attended Frank Defino Elementary School and developed an interest in acting as she went to Marlboro High School. She used to perform stand-up comedy. She won the Outstanding Solo Show and Theater Mania’s Audience Favorite Award- New York International Fringe Festival/HBO’s US Comedy Arts Festival for her one-woman show The Miss Education of Jenna Bush.

She played a role of the daughter of the former president. The show also garnered a lot of critical acclaims and was sold out completely.

That was just the beginning of her career then she never had to look back. She graduated in 2002 from Marymount Manhattan College and has a Bachelor’s Degree in Fine Arts in Acting.

36-years-old Melissa is married to writer Winston Beigel. They have a huge height difference. Winston is 6 feet 3 inches tall. They knew each other since college but they collaborated for a project called The Miss Education Of Jenna Bush in 2005 and subsequently began dating. And finally, they got married.

Her main break was in the year 2009 when she has cast the recurring role of Bernadette in the third season of The Big Bang Theory. She became a show regular as her character got engaged to and married another character Howard Wolowitz in the following seasons respectively.

She was nominated as a part of the cast of the series for the Screen Actors Guild Award for Outstanding Performance by an Ensemble in a Comedy Series and the series has been nominated for four consecutive years from 2011.

Besides that, she used to appear on VH1’s TV show Best Week Ever. She has also appeared in numerous TV shows including True Blood, The Office, 12 Miles of Bad Road among others.

She has also tried her hands in movies. As a matter of fact, she debuted from the movie Delirious in 2006. I Love You, Man, The Condom Killer, In Lieu of Flowers and others are her other movies.

She has also toured with the political satire group Gross National Product and performs in the show “The Realest Real Housewives” reading transcripts from the Real Housewives franchise.

She appeared in the movie The Bronze as the lead character. She was also the co-writer as well as co-producer of the movie. She co-wrote the film with her husband Winston. The movie got the honor of opening the Sundance Film Festival.

Comedian Rauch possesses an apple shaped body of measurements 37-27-35 inches. She looks sexy in her attires but doesn’t have a complimenting height. She is only 5 feet tall.

She is slightly chubby and weighs 59 kg. As apple shaped body have large breasts, she wears a bra size of 34C.

It won’t be a mistake if we say Melissa Rauch bagged most of her earnings from The Big Bang Theory. Her regular character in the show as immensely famous. Her salary is not known but she has an estimated net worth of $6 million.