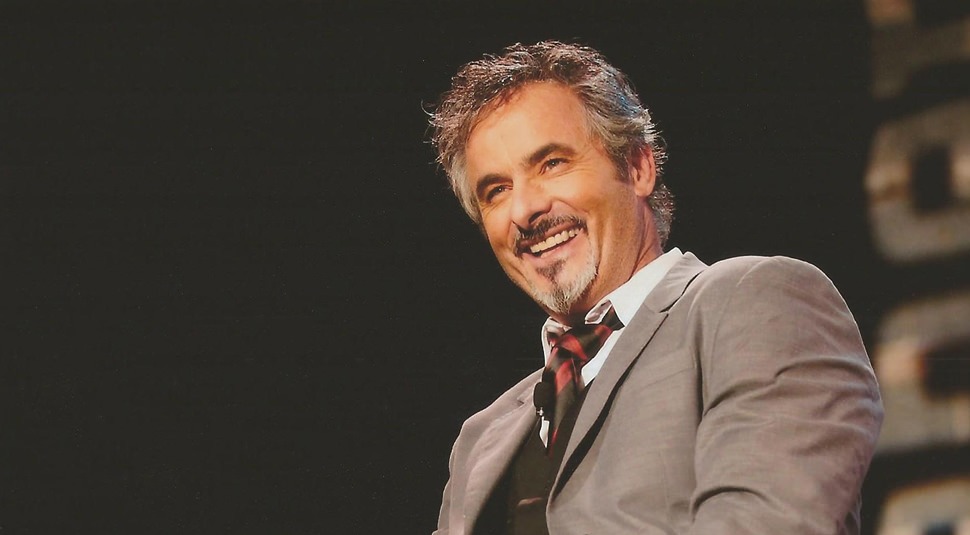 “People don’t take me seriously when I call them a nut sack, but guess what? I really think you’re a nut sack. But it doesn’t mean I don’t like you. It means I do.”

Without doubt, David Feherty is one of the hilarious, wittiest broadcasters of the American Television. He describes himself as “an analyst, commentator, author, raconteur, columnist, bipolar alcoholic, and addict”. Undoubtedly, the last two “aren’t technically ‘jobs’” but mentioning them gives "tax benefits", he says.

Apart from his successful journalism and golf career, David is considered a phenomenal author of four bestselling books. He has authored six books, one of which was a novel. He is a voracious reader and a passionate opera enthusiast.

On being asked about his candid humor and on-air persona, David mentioned that he was “introduced to sophisticated humor” through his father’s friends. He went further to explain how Irish heritage, which reportedly values the art of storytelling and conversation, encouraged him to love stage performances and anchoring.

A former Professional golfer on the European Tour and PGA Tour, David Feherty was born on 13th August, 1958 in Northern Ireland. He has dual citizenship: Northern Ireland and Unites States. He is currently working as a writer and a broadcaster at CBS Sports and Golf channel.

The phenomenal golfer started his golfing career in 1976. His wins include five championship titles and two “top ten” at European Tour’s Order of Merit. He was placed tenth in 1989 and eighth in 1990. David won the Italian Open on 4th May 1986, Bell’s Scottish Open on 24th August 1986, BMW International Open on 15th Oct, 1989, Credit Lyonnais Cannes Open on 5th May, 1991 and Iberia Madrid Open on 25th October 1992. He has also won National PGA Championship, ICL international, South African PGA Championship and Bells Cup.

David represented Ireland in International competitions and became the captain of victorious 1990 Alfred Dunhill Cup team. He also participated in 1991 Ryder Cup team for Europe. He retired as golfer in 1997 and started to work as a journalist. Daving has famously mentioned, and we quote, “I’m an expert in what it’s like to lose”.

David started his career in journalism in 1997, as a golf analyst and an on-course reporter for CBS Sports. He also worked as a writer at Sidespin, a Golf Magazine. David also worked as an announcer, alongside Jim Nantz, on Tiger Woods PGA Tour Series. The series was broadcasted on EA sports. He also made guest appearance on KTCK.

David, in addition, is a popular commentator and TV personality. He is criticized many a times for his outspoken comment. He was one of the writers to support the George Bush Dallas move.

David is a married man. His first marriage ended with a bitter divorce in 1995. One positive thing that David’s first marriage did do, however, was made him emigrate to America in 1993. Call us biased, but we are thankful that David followed his beautiful South African wife and two sons to Texas.

David remarried his current wife Anita. In an interview, David remarked that Anita had married him when he was “penniless, jobless, homeless and drunk". He has claimed time and again that he is fully dependent on his wife for his life. Needless to mention, hence, that there have been no rumors of them separating anytime soon.

The renowned golfer, David is a dashing personality. He stands with the height of five feet ten inches. He looks dashing and smart in his wearing. His black moustache and white French beard suits his personality as an author. In fact, he is the great personality with the smart attitude and positive behavior.

David suffers from a few mental illnesses. Sources close to him have reported that he currently “is obsessed with hunting wild hogs near his North Dalle”. This most certainly is one of his desperate attempts to remain busy and not fall back to the wagon of heavy drinking and drugs.  David reportedly has many bolt-action rifles and ammunition in his garage.

At 32, David became heavily addicted. At the heights of his professional career, David had painkillers as the drug of choice. "Two and a half bottles of whiskey and 40 Vicodin a day. I just got comfortably numb,” he remarked.  On his words, drinking made him a “poster child for excess without consequence. But all along, I was just masking a stunning sense of worthlessness, of being a fraud. I despise myself in so many ways sometimes."

When depression and alcoholism kicked in, however, David thought occasionally of leaving his wife and daughter Erin. He recalls the experience, “I’m beyond adoration for my daughter, yet I thought she would be better off without me. I thought that the only thing worse than being me was living with me.” Such wonders suicidal depression can do to you!

David maintains that alcoholism and mental illness was deep rooted into his family. His late father was a big time drunkard. David’s official website claims that he was named differently than what his parents had decided – because in drunked state, his father had swapped the first and middle names while filling the forms. He added further that his “destiny to become an alcoholic was sealed right there”.

A more exciting note on David Feherty’s alcoholism and addiction…

The thing with great personalities is that their personal fallacies and struggle is never just theirs. David is now a role model to recovering addicts. David’s show got an increasing user views after he shared his addiction stories on-air. “We really started to get a lot of letters and emails from addicts, from people who didn’t really think there were shows on television with people like them," remembers a fellow colleague.

These days, David is incredibly frank of his conditions and prescriptions. He recalled how he experienced short term memory loss because of depression drugs. “I have little blackout periods. Once, I couldn’t find the liquor store. I’d been there a hundred times. I’m walking around in a haze, thinking, OK, I know it was here yesterday. Where’d they put it?” Incredible that someone could be so genuine with words.

David maintains that alcoholism and mental illness was deep rooted into his family. His late father was a David is a founder and an active endorser of his charity Feherty’s Troops First. He has remarked in his website that the charity involvement makes him “feel as if [he is] making a difference in just a few of the most important, yet least appreciated people in America.”

Feherty’s Troops First, since its inception in 2008, seeks to provide for United States military members and their families. Few initiatives by the charity include Leroy Petry Village of Honor which provides homes in Maryland, Operation Proper Exit for wounded soldiers to recover and join theater, Warrior Call to reconnect and facilitate social acceptance and 4/7 Battle Buddies “to assist wounded military Veterans who have served in Iraq and Afghanistan”.

David’s religious inclinations are not very clear yet.