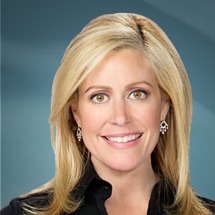 Melissa Ann Francis is an American news personality currently working as the host of Fox News Channel show Outnumbered. She is a  former child actress best known for her portrayal of Cassandra Cooper Ingalls on the television series, Little House on the Prairie.

As a Harvard graduate who built her career at an early age, it would be a crime to credit her success to her beauty. As a matter of fact, her debut as a child star was so impressive that some people still refer to her as young Cynthia from the movie Bad Dreams.

She graduated in 1995 with a Bachelor’s Degree in Arts with a major in economics. She also captained the Harvard Polo Team and was the executive editor of The Harvard College Economist. Along with the extra curriculum, she worked as a waitress during college and was an NBC News intern twice before graduating.

Still, we have to admit, her beauty cannot be overlooked. The hazel eyed blonde has been blessed with not only excess talent but the perfect physique. Her sharp looks and impeccable fashion sense have been admired by many fans. Even though her net worth hasn’t been revealed, as someone who tasted fame at an early age and has continued a promising career in television, we expect it to be a lot.