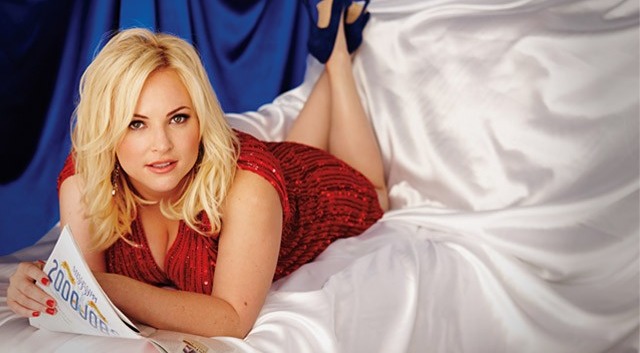 Meghan McCain is an American columnist, Fox news channel host, author, and a blogger. The daughter of U.S senator John McCain, Meghan first proclaimed fame in 2007 when she documented a life on the campaign trail where she talked about music and fashion.

Meghan McCain was born in the family of politicians

Meghan was born as the eldest of the four children in the McCain family. She was born on 23rd October 1984 in Phoenix, Arizona to parents John and Cindy McCain.

She received her elementary education from Phoenix Country Day School and later joined Xavier College Preparatory, which is an all-girl Catholic high school. She earned her bachelor’s degree in art history from Columbia University.

In her early days, she wanted to be a music journalist and had a sharp interest in Saturday Night Live and Newsweek.

Meghan McCain has heartly fought for gay rights as a politician

McCain’s political career began when she was 18. While in her teenage she was registered as an Independent when she voted for John Kerry in 2004 presidential elections.

McCain describes herself as “a woman who despises labels and boxes and stereotypes” and she also mentions herself as “liberal on social issues”.

Her political career came out of the box and became a hit when she stood up for gay rights and said that “gay community for equality is one of the closest to my heart”.

McCain posed for an NOH8 Campaign celebrity photo project which protests against the banning of the same sex marriage. She has also raised her voice in allowing the gays and the lesbians to openly serve in the U.S military.

Even after several rejections, she made a name for herself as a blogger

Aside from her political career, she is also renowned for her stint on the television. McCain is the host of America Now, a nationally syndicated radio program.

She is also a blogger. Her first blog came in March 2009 when she published her article My Beef with Ann Coulter. The article attacked Republican author Ann Coulter.

She later published her second article titled Quit Talking About My Weight, Laura Ingraham. Both her articles attacked Ann and Laura, respectively, due to which both her articles were rejected.

Since then the blogger has gone on to publish several books, some of which are My Dad, John McCain, Aladdin Paperbacks, Dirty Sexy Politics, Hyperion and Michael Ian Black.

McCain’s professional life seems to be flying with the television personality being involved in every political issue around the country. That shall be the factor due to which the multitalented TV personality is yet to find her companion.

Her hectic schedule might also be a reason due to which she has not been able to find a partner and settle down with him. The information about her dating history seems confidential.

A glimpse at the television personality’s net worth

Meghan McCain, in her career, has seen all the ups and downs that professional life can bring. This multi-talented television personality has followed her father’s footsteps and established a career in politics.

From her career, she has accumulated appreciations and applauds. But besides that she has also generated an estimated net worth of around 4 million dollars from her career, a figure which is likely to increase in the future as she has recently tapped to co-host Fox News Channel’s Outnumbered.