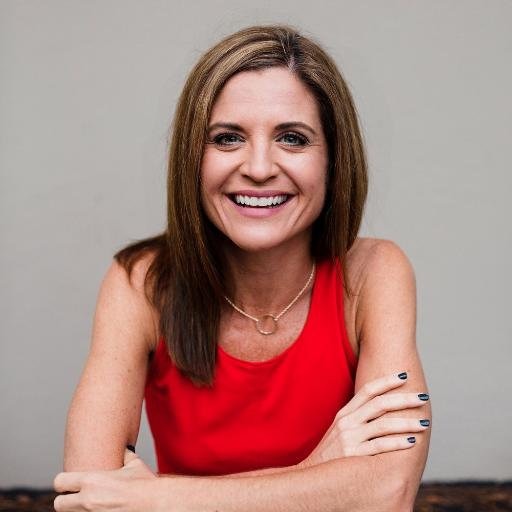 Glennon Doyle Melton is an author by profession. Besides, she is known as an activist and a philanthropist.Glennon was born on March 20, 1976 (age 40) in Burke, Virginia, U.S. She was raised with a lovely sister named Amanda Doyle.

Glennon is married to husband Craig Melton since a long time now. They have three children together: two daughters and a son. Her son Chase Melton is cozy and creative. Likewise, daughters Tish and Amma are very naughty and mischievous. That’s what has made Melton family so joyous and happy with each other. Glennon’s sister Amanda adds an extra fragrance to that happiness.

Glennon Doyle started as an online writer in 2009. She created her own creative and humorous type of blog called Momastery. The blog quickly gained immense popularity among the people.

Since then, she has written several books which have received commercial success, acquired prestigious awards, and critical acclaims. Love Warrior, Carry On, Warrior: Thoughts on Life Unarmed and Test Talk: Integrating Test Preparation Into Reading Workshop are her most famous books.

Glennon is the receiver of the Books for a Better Life Best Relationship Award. She even got a chance to attend Oprah’s Book Club 2.0.

Glennon Doyle’s quotes are very famous, especially among the literate world. Even some people subjected to the household sphere like her blogs and quotes.

“People who need help sometimes look a lot like people who don’t need help.” Is one of the most-admired quotes of Glennon. The other comes like this: “The only meaningful thing we can offer one another is love. Not advice, not questions about our choices, not suggestions for the future, just love.”

Glennon Doyle’s blogs, as said earlier, are supposed to be funny and contemplate into various details of the topic.

Glennon Doyle lived with Craig Melton for so many years in a marital relationship. But, recently Glennon revealed that her husband was actually cheating on her.

Despite this incident, the couple does not seem to have officially divorced. Even Glennon’s official page still describes her husband Craig as ‘saint-ish’ and very much behaved.