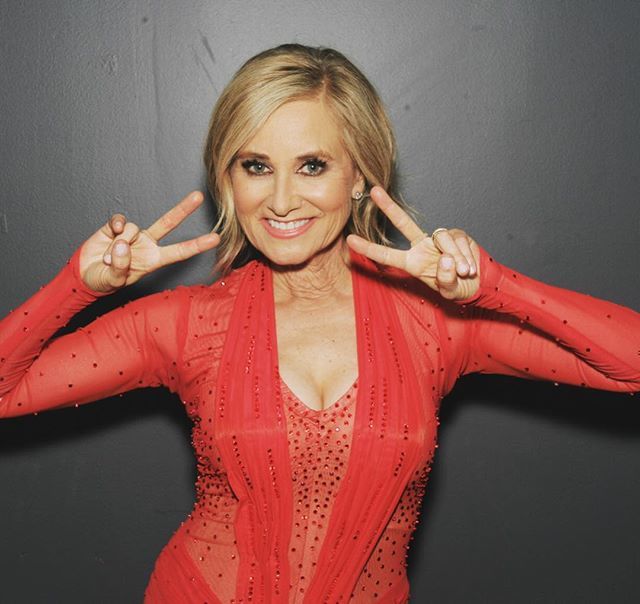 The Brady Bunch actress, Maureen McCormick, is a contestant on the 23rd season of Dancing with the Stars. She has been experiencing severe back pain since she first started as a participant at the dance show. Despite a major health issue, Maureen is never compromising on her on-stage performance!

All of the first dance jitters are gone (sort of).. thank you to all of my wonderful #teammaureen supporters!! Now onto the next dance

According to sources, Maureen has a severe pain on her lower back – reminiscent of previous back injuries. Describing her pain, Maureen said: “…it’s like bone to bone, like a knife going all over, like a knife…” She further added that the injury was “one of the most painful thing that’s ever happened to me.”

Maureen had to stop her rehearsals and visit the doctors. She failed to do her dance steps gracefully. She had to schedule an MRI while still preparing for her third-week performance on the Dancing with the Stars. She even had to spend the night at Cedars-Sinai which is an LA based multi-specialty hospital.

On the show, Maureen is partnered with the very talented Artem Chigvintsev. Maureen feels particularly lucky in having found a supportive dance partner in Artem. She mentioned, “Every moment with him [Artem] is amazing.”

Maureen is not someone who would give up on her competition because of a health issue. Maureen and her partner Artem danced salsa to “Tres Deseos” by Gloria Estefan as their third-week performance. Maureen scored a total of 29, out of 40, which even gave Maureen immunity to elimination!

CAN YOU BELIEVE IT?! Only 4 more days till the premiere of #DWTS @artemchigvintse and I are so excited! #teammaureen pic.twitter.com/sqN3KuoKvT

Maureen was a bit overwhelmed that she was up against Amber Rose for her third week. Amber had twerked on-stage to Jennifer Lopez songs. Maureen was reportedly a bit nervous that she would not be able to matchup to Amber’s on-stage energy. But next thing she knew, she and Artem were scored higher than that of Amber, hence earning the immunity.

Maureen is a 60-year-old actress, singer, and author. Her role as Marcia Brady in The Brady Bunch earned her stardom in the early 70s. Maureen has performed in numerous successful movies, including “Return of Horror High” and “Peter Pan”.

Although not a big commercial success, she has recorded and released four different albums since 1972. She also authored an international bestseller, “Story: Surviving Marcia Brady and Finding My True Voice”.

Maureen McCormick has certainly lived up to the concept that despite nerve-wracking and painful situations, we have got to stand back up and complete what we wanted to do.