Harvey Levin and boyfriend Andy Mauer have made joint investment in multiple properties. 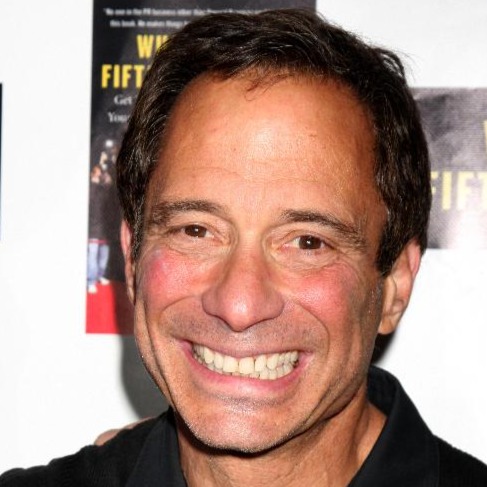 Harvey Levin opened up about being gay not too long ago. He also revealed that he was dating boyfriend Andy Mauer. The founder of celebrity news website TMZ is reported to have a net worth of 15 million dollars and shares multiple joint investments with his partner.

Harvey Levin and his long- time partner Andy Mauer share love and support for each other.

Harvey Levin, famously known for exposing every deep dark gossip about big celebrities like Rihanna, the Kardashians and much more is a successful TV producer, lawyer, legal analyst, and celebrity reporter.

Underneath all the success and fame he has gained, Harvey also underwent a very long phase of internal struggle regarding his sexual orientation. Harvey feared the rejection and threat to his professional life.

He has, however, overcome the struggle and is actively supporting the LGBT community. Since 2012, Levin’s name has consistently fallen under Out magazine’s ‘Power 50’ list as one of the most influential voices in LGBT America.

Harvey Levin’s long time partner is Andy Mauer, a Southern California chiropractor. Harvey and Andy have been romantically involved for a long period of time but the news about the couple only came under the public radar back in 2010.

The couple was listed at #9 amongst the top 12 Most Powerful LGBT Couples in Hollywood in 2015. They share great love and support for each other especially while sharing their story of coming out.

Harvey Levin is worth $15 million riches; More about the couple’s joint investments in multiple properties!

The media tycoon’s endeavors have definitely been a huge success in the media industry. Harvey is reported to have a massive net worth of 15 million dollars.

Harvey Levin founded TMZ in 2008 and is currently its managing director and the principal star. The successful website is amongst the 500 largest websites in the world and contributes a large part of Harvey’s net worth.

Harvey and Andy are reported to have multiple joint investments in several properties since the late 1990s. Harvey owns $5,300,000 worth house in L.A California and has listed Andy’s name to the deed.

Harvey Levin caught everyone’s attention as an attorney and legal analyst during his early law career. He has successfully transitioned into a TV producer and celebrity reporter taking entertainment news to greater heights.

Despite his struggles & fear of exposing himself as gay, Harvey seems more comfortable now sharing his story and his relationship with partner Dr. Andy Mauer.

Here’s to wishing even greater success and a flourishing relationship between Harvey Levin and his boyfriend, Andy Mauer.