Meet the Biker Build-Off winner Matt Hotch. His net worth 2018 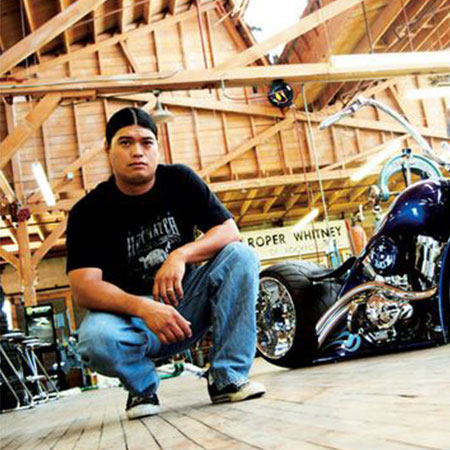 Matt Hotch is one of the most sought-after custom bike builders in the US, who is known as one of the winners of ‘Biker Build-Off.’

Originally from Minnesota, the self-taught metal master has been known for building innovative designs.

He started on two wheels when he was 10 and soon started building go-carts and mini-bikes in his parents’ garage.

By his early teens, he started on four wheels as he bought and parted multiple Volkswagen.

He got his hands on junk and old scrap and finally, his fully-customized product would beat the fastest hot rods in town.

In 2004, Hotch won his first Discovery’s ‘Biker Build-Off’ championship with his genuine design, Chingon, that showcased his ground-breaking ideas.

He became the first & only Grand Champion after winning Biker Build-Off 2005 for the second time in a row with an extreme retro design that he named VLux.

In 2006, he participated and tried to defend his title once again in the show, but this time he couldn’t take the final trophy.

After his globally popular journey through ‘Biker Build-Off,’ he re-launched his building business with the name, Matt Hotch Designs.

Referred to as “The Invisible Man” and “Mr. Clean,” he has mastered the art of hiding everything from hydraulic cables to wiring.

In 2009, he was inducted into the Master Biker Builder’s Hall of Fame and got the membership of the International Master Bike Builders Association.

Matt, a family man, resides with his wife, Shayna, and their two children son, Ryder (born 2005), and a daughter, Matty, in Fullerton, California.

He spent a few months in 2017 traveling various places in the US with his wife, Shayna, whom he calls his sidekick.

These days, he has been working on about 1 or 2 bikes a year and attending over 30 shows.