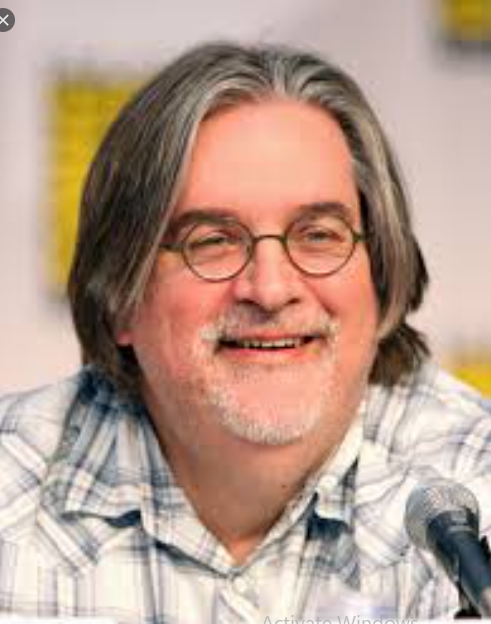 Matt Groening is an American cartoonist, screenwriter, producer, animator, author, musician, comedian, and voice actor. He is the creator of the comic strip Life in Hell (1977–2012) as well as the co-creator of two successful television series, The Simpsons (1989–present), Futurama (1999–2003, 2008–2013) and a Christmas special, Olive, the Other Reindeer. Talking about his personal life, Matt has been married for multiple times. At first he was married to Deborah Caplan and then with Agustina Picasso.

Groening was born on February 15, 1954 in Portland, Oregon, the middle of five children. His Norwegian-American mother, Margaret Ruth was once a teacher, and his German American father, Homer Philip Groening was a filmmaker, advertiser, writer and cartoonist. Homer, born in Main Centre, Saskatchewan, Canada, grew up in a Mennonite, Plautdietsch-speaking family.

Turning to his personal life, Groening and Deborah Caplan had married in 1986 and they had two sons together, Homer and Abe. The couple divorced in 1999 after thirteen years of marriage. In 2011, Groening again married to Argentinian artist Agustina Picasso after a four-year relationship, and became stepfather to her daughter Camille. Although,  he has been very successful in his professional life, but in relational field, he is not that lucky either.

Being broken from his first relation, he learnt some lessons and then used them on his second marriage. He has been very happy with his second wife at present. It seems he has been enjoying his married life at fullest. In May 2013, Picasso gave birth to Nathaniel Philip Picasso Groening, named after writer Nathanael West.

Groening identifies himself as agnostic and a liberal. He has often made campaign contributions to Democratic Party candidates. His first cousin, Laurie Monnes Anderson, is a member of the Oregon State Senate representing eastern Multnomah County. At present he has been living a happy life and there is no any issue related to his relation till the date.