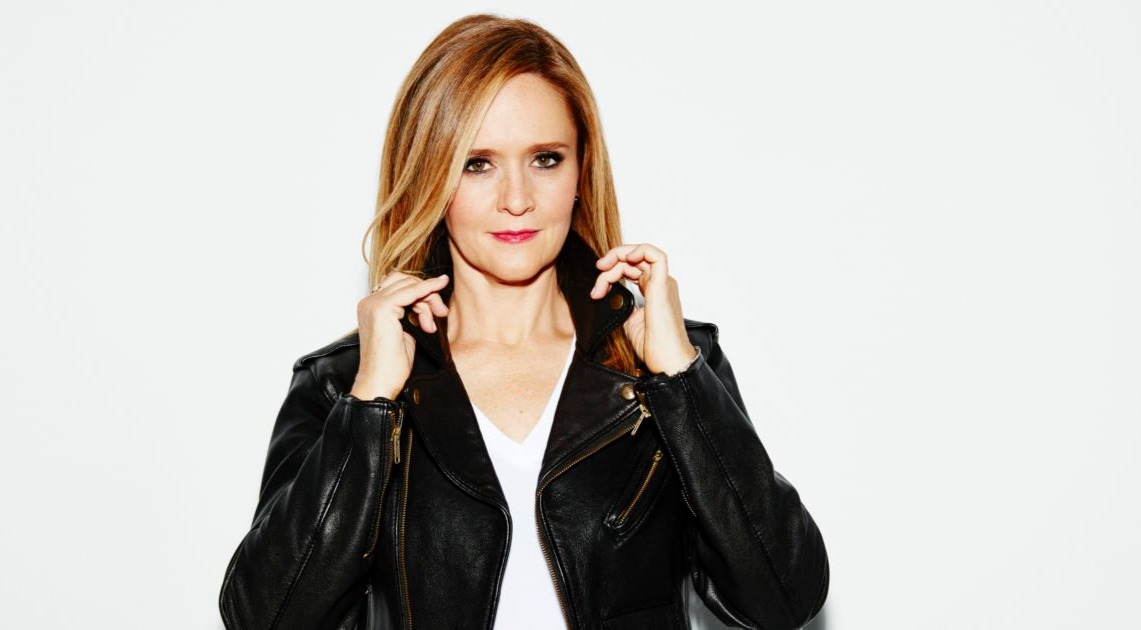 Samantha Bee is a Canadian – American comedian,  TV host, writer, producer, actress, political commentator and producer who is best known for Full Frontal with Samantha Bee. Formerly, she was applauded for her work in The Daily Show with John Stewart.

Started in 2003, she became the longest-serving correspondent of the show before leaving to start her own show Full Frontal with Samantha Bee. Starting as a waitress, she landed her first performing job touring with a theater production of Sailor Moon. Later, she became one of the founding members of a women sketch comedy troupe called The Atomic Fireballs.

She was born in Toronto, Ontario Canada on 25th October 1969. Brought up by her grandmother, she was sent to a Catholic School on Roncesvalles Avenue in her early childhood. Later, she attended Humberside Collegiate Institute but went on to graduate from York Memorial Collegiate Institute.

Following high-school graduation, she joined McGill University majoring in humanities but transferred to the University of Ottawa after a year. Finally, she graduated majoring in Theatre and it was when she discovered her love for acting. Afterward, Bee went on to hone her skills in the George Brown Theatre School in Toronto.

She is currently a better half to Jason Jones, who is also an actor and comedian. The happily-married duo has three children including two sons and a daughter.