Skip to content
Home » Entertainment » Matt Czuchry loves his gay fans; lesbians too. Is he dating anyone? Who is his girlfriend?

Matt Czuchry loves his gay fans; lesbians too. Is he dating anyone? Who is his girlfriend? 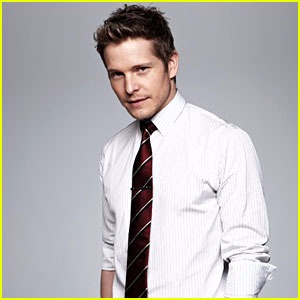 Matt Czuchry,a renowned actor of Gilmore Girls and The Good Wife, loves all his fans whether they are gay or lesbian. Dashing actor, Matt is not dating anyone at the present time.

Matt adores and enjoys all moment with his fans. A couple of months ago, while attending the event organized by Tribeca Film Festival he was asked to share one memorable incident with a fan.

Czuchry might have met a lot of fans but the most memorable one is the guy, a naked one, whom he met in the locker room in the gym. As described by Matt, the man loved his series The Good Wife. Matt does not actually remember what his fan told him but the incident is really memorable to him.

Czuchry, without a doubt, has a large number of fan following. He shares a special bond with all his fans their sexual orientation.

Moving on to his personal life, his relationship status has become a topic of interest to all his fans. Everyone wants to know if he is dating anyone. And, the answer is NO; he is currently single.

Czuchry was last seen dating actress Kate Bosworth in 2000. His love relation with gorgeous actress lasted for two years from July 2000 to 2002. Since then, the actor has not been encountered with any woman.

In all these years after separation with Bosworth, Matt might have dated someone. It is also possible that he is still dating. But nothing can be confirmed unless Matt admits it personally.

Exceptional actor Matt has ahuge fan following. He cherishes each and every moment with his fans, no matter what their real sexual identity is. A generous actor Matt Czuchry is currently single. Isn’t this great ladies?