Married thrice yet walking husband-less Janice Dickinson turned to plastic surgery to hide signs of aging. Know her net worth 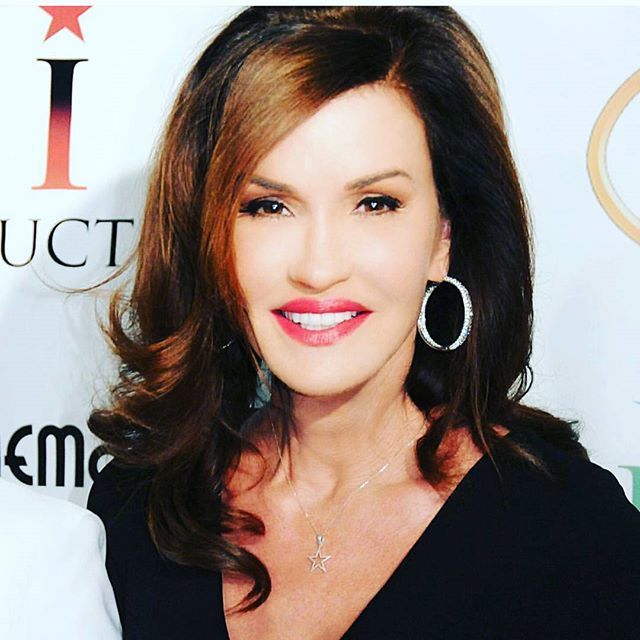 Janice Dickinson, an American model, author, talent agent and author by profession possess a net worth of $500 thousand. The fashion figure, in her 60s, has taken help of plastic surgery to maintain her beautiful looks.

It’s a difficult job for the celebrities to make their personal life relationships stable since alleged rumors and chit-chat from the gossip media never stop to trigger in their life time-to-time. Same is the case of this model. Failed to prolong her three marriages in the past, she is engaged to a psychiatrist Robert Gerner since 2012.

Exclusive! Thrice-divorced Janice Dickinson said her 4th will be her last

The feisty former America’s Next Top Model judge has vowed that her 4th wedding – to Dr. Robert Gerner – will be her final. She will never think of the walking down the aisle then after.

Talking to Celebuzz in an interview she said, “I know I have found Mr. Right”. She added, “we are going to have a big splashy Hollywood-style wedding for our friends and family.”

The world’s first self-proclaimed supermodel said that Gerner’s surprise proposal at LAX Airport left her speechless. Gerner, whom Dickinson calls “Rocky” has left no space for dissatisfaction to her, making her happy with small special moments now and then.

Disregarding what cynics might think, she believes that she has finally found someone she can trust and settle down after the string of failed marriages over the years. She said she found somebody she can feel secure with after 17 years of her last marriage.

Janice’s children have also played important role in bringing these lovebirds together. She explained the matter saying “He has his own grown children while my daughter Savvy will be our maid of honor and my son Nathan will make me walk down the aisle. They are both very happy for me.”

Excitingly she gushed “It will be a big event that will out-do Brad Pitt and Angelina Jolie’s wedding.”

Speaking of her past marriages, thrice married Dickinson’s first husband was Ron Levy married from 1977 till 1979. Secondly, she was married to Simon Fields from 1987 to 1993, with whom she shares one child. For the third time, she became a wife to Albert Gerston from 1995 to 1996.

These days, Hollywood’s obsession with the plastic surgery is getting scary. Janice is also one in the list of those celebrities, whose attempts to stay youthful has resulted to something worse.

The 60-year-old model has seemingly gone through the facial procedures like the facelift which is making herself look more plastic and less natural.

Evidencing her before and after photographs numbers of procedures like breast augmentation, face & neck lift, tummy tuck, Botox, and liposuction, etc. have been noticed. Reportedly, her son Nathan urged his mom to stop and in response, she told Daily Mail UK “I won’t do any more plastic surgery.”

Reportedly, her son Nathan urged his mom to stop and in response, she told Daily Mail UK “I won’t do any more plastic surgery.”

You can see the changes gradual occurred on her over the years through the numbers of procedures in her face and body.

Plastic surgeon Dr. Ben Talei from Beverly Hills who treated him told before the surgery, “It’s going to look very nice, very natural”. He was injected with only local anesthesia. Expected to be 3-4 hours but finally, 7 hours surgery gave him quite swollen and puffy looks. He appeared to be some years younger than his age.

The first self-proclaimed supermodel in the world, Janice Dickinson’s today’s net worth is estimated around $500 thousand. A major part of her fortune comes from her modeling career and some part from her involvement in other activities like being an author, talent agent and photographer.

She has talked about the details on her experiences with anorexia, plastic surgery, alcoholism, sexually abusive father and many more issues of her life in her memoirs.

Dickinson claims to have found happiness after enduring a string of heartbreaks with separation from her three husbands along the way. As she and Robert have planned to make their wedding great, no wonder it will cost them an enormous part of their net worth. Janice Dickinson, as well as her fiance, have been preparing by making the young looks through plastic surgery.