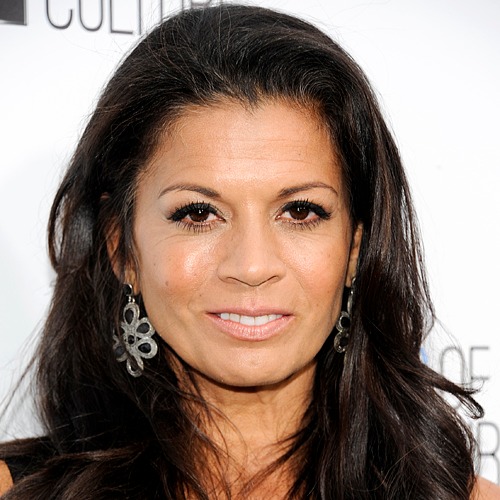 Dina Eastwood is professionally an American reporter and television news anchor. More to her fame, she is an ex-wife to an actor and director Clint Eastwood. An important part of the American media industry, it’s already been 2 and half decades that she has pursued a reporting career.

Started as a reporter from a local station, she has branched out her career through various types of shows mainly on television. Famously on television, she is known for starring in an E! Network reality series featuring her own life, Mrs. Eastwood & Company.

Born as Dina Marie Ruiz in Castro Valley, an unincorporated area in California on 11th July 1965, she was brought up in Fremont, California. Born to a Michael Ruiz and Mary Lou Ruiz, she holds the multiple ancestries including English, German and Irish from maternal side and African American & Native Hawaiian from the paternal side.

After completing high school from Mission San Jose High School, she attended several colleges to further her studies including Ohlone College, where she was an anchor for Ohlone College Television Newsline and Arizona State University and finally achieved a degree in Broadcast Communications from San Francisco State University in 1988.

Thereafter Dina aspired to be a journalist, took a reporting job in Flagstaff, Arizona-based station KNAZ-TV, where she eventually became a news anchor. After nearly a year, she was hired as news anchor by KSBW in Monterey-Salinas California. She took a retirement in 1997.

In 1998, she was a host of a TV show named A Quest for Excellence featuring the Californian teachers, administrators, and teachers & their daily challenges as well as an interview of celebrities.

Also a co-host of a television show Candid Camera, Eastwood was featured in San Francisco State University’s “Alumni Hot Shots” list in 2009.Additionally, she is noted for making brief appearances in 2 of her husband’s movies True Crime and Blood Work.

Dina met actor Clint Eastwood in an interview in 1992. Tthe couple got hitched in 1996. At the end of the year, they welcomed their baby girl, Morgan Eastwood.

They were often exemplified as an enduring celebrity couple before she filed for divorce from him in October 2013. She asked for full custody of her daughter. Dina stated that she and actor husband were living separately for some time before making it official.

Dina Eastwood, the ex-wife of Clint Eastwood, hasn’t taken reporting career majorly since the late 1990s. An alumna of San Francisco University, she isn’t currently engaged in any productions or shows.