In seventh heaven: Married life of Kristin Cavallari and husband Jay Cutler going joyous, welcomed a baby-girl in their paradise. Take a look at her post-pregnancy pictures 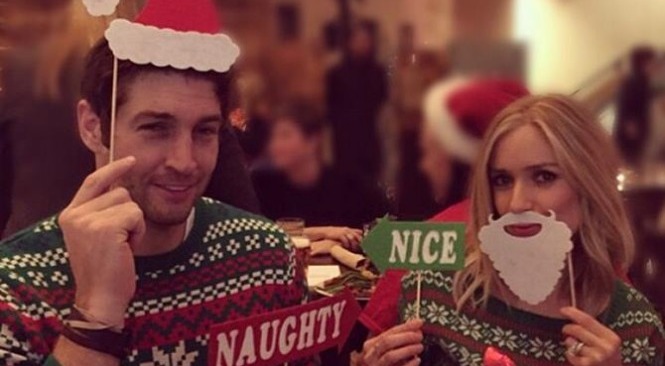 Kristin Cavallari married husband Jay Cutler in 2013. The couple welcomed a baby girl into their paradise in November 2015 and their happiness is off limits. The proud parents of three children are getting the best out of their marriage and their parenthood.

Kristin Cavallari married her American footballer boyfriend on 7th June 2013. Since their marriage, the couple has had a fruitful marital life with small conflicts in it. But rumors of divorce or extramarital affairs seems far away from this adorable couple.

Another year, another training camp. We're really gonna miss this guy for the next couple weeks. #AlmostFootballSeason

Despite having been through some minor conflicts, the couple has successfully maintained a cordial relation between them. Their successful relationship has resulted in three adorable children – sons Camden and Jaxon, and newly born daughter, Saylor.

Let’s do this Valentine’s Day….❤️

Things, however, has not always been this romantic and peaceful for this couple. Back in July 2011, the couple was due to marry but Kristin broke the engagement insisting that she didn’t want to be a stay-in-home mother and wife. The couple discussed the issues and reconciled in November.

Kristin and Jay, apart from being good parents are also reliable partners. They both contribute to the making of a stable relation and in the process of getting the best out of their family life. Likewise, conflicts occur in their relation and in order to resolve the issues in their relation, the couple has remained in touch with the Couples Therapists.

Kristin Cavallari does it all: welcoming her first daughter and then welcoming back her stunning body post pregnancy

The Hill star Kristen Cavallari gave birth to her third child, the first daughter, on November 23rd, 2015. The couple named their daughter Saylor James Cutler. For the Cutler family, Saylor is the last member to be added to the family.

After the birth of Saylor, the main goal for Kristin was to reduce the weight that she has gained while in her pregnancy. Many women may panic when it comes to reducing the weight after pregnancy, but for Kristin, it's less troubling after successfully going through the process of gaining and losing weight twice before.

Happy official first day of summer! I'm on the cover of @modelistemagazine right now if u wanna check it out! by the amazing @doritthies