Married Micheal Ealy looms to be younger to wife Khatira Rafiqzada, blessed with a son. Living a fairy tale life till Today 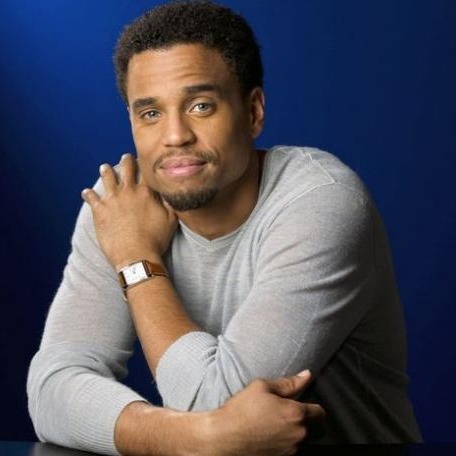 Micheal Ealy is married to his long term girlfriend Khatira Rafiqzada and is blessed with a son. They are connecting well till the date with no negative thought of divorce.

Micheal Ealy is an American actor known for his roles in Barbershop, 2 Fast 2 Furious, Takers, About Last Night, and The Perfect Guy. He tied the knot with Chain Letter star Khatira Rafiqzada in a secret wedding held in Los Angeles.

Ealy was 39-years-old and Khatira, 31 when they married in October 2012 although they didn’t announce it until December. They had a son named Elijah Rakim in February 2014.

He has always been a private guy who likes to keep his personal life private. So he kept his marriage secret and when he revealed about his marriage, he was already a father and mentioned about it too. Their interracial marriage is successful till now.

They are in love with each other. Now they are more than happy to have a kid in their life. No rumors of problems in their marriage are heard.

So they are not even thinking of having divorce at all. They went on a vacation together when they were newly married before flashing their news of being married.

They enjoyed every ounce of being a newly married couple and only later they revealed about their marriage. Micheal Ealy said that there’s nothing on announcing the birth of a child.

Micheal Ealy dated Halley Berry previously. Then he dating Khatira Rafiqzada when they were in their late twenties and they dated for four years before finally getting married. Khatira Rafiqzada is from Afghanistan and Micheal Ealy is an American so their interracial marriage brought quite a storm on social medias.

Some people were firing bitter comments whereas some were congratulating them but the couple is happy in their marriage living a lavish life with their son.