Married in 2006, Alan Ritchson and wife Catherine Ritchson extended their family with third child: His whopping net worth 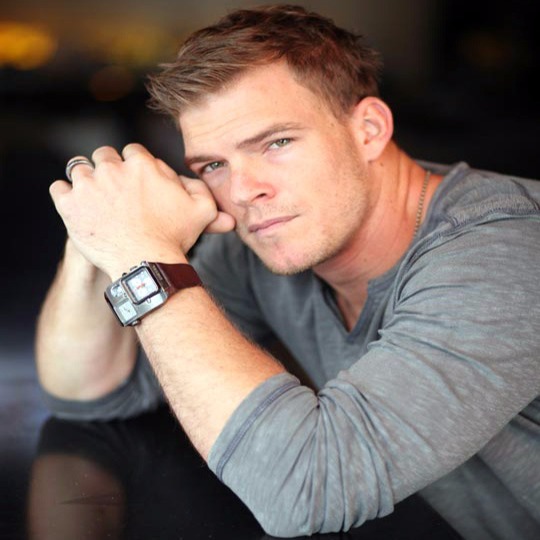 Alan Ritchson and his wife, Catherine Ritchson, extended their family last year with a third child, a baby boy. The lovely couple is married since 2006. The Hunger Games: Catching Fire star, Ritchson currently holds a net worth of $3 million.

Alan exchanged wedding vows with the beautiful Catherine Ritchson in 2006. And they got to experience parenthood for the first time when Catherine delivered a cute boy Calem in 2012.

A year and a half later, he became a father again with the birth of his second son Edan. Last year in 2015, he extended his family with a third son named Amory Tristan Ritchson.

The happy parents announced their third son’s birth news through their Instagram. They posted few black and white pictures of their newly born child on their social media page.

Alan seemed to be very happy in the picture holding his newly born kid on his arm. Through Instagram, he wrote, “Most of you probably have no idea that I’m married and have two amazing little boys (Calem 3 yrs and Edan 1.5 yrs).”

Most of you probably have no idea that I’m married and have two amazing little boys (Calem 3yrs and Edan 1.5yrs.) But today, the strongest person I know, @catritchson gave birth to our newest addition, Amory Tristan Ritchson. Say hello! He weighs in at a cool 7lbs 12ozs and is only allowed to be a football player or a rapper. Love you Amory. Say hi to a world in need of more joy, innocence and love, like you.

At the end of the post, he shared a cute message saying “Love you, Amory. Say hi to the world in need of more joy, innocence, and love, like you”.

In a joking attitude, he also said his youngest son is only allowed to be a football player or a rapper in future.

His wife, Catherine also appeared to be extremely happy and she also shared a picture of her new kid who was laying on her chest with a big smile on his face.

While sharing a post, she revealed the reason behind selecting the name, Amory. The name means brave and powerful. She further added, “We chose his name to equip our third born son to feel he could be as much of a leader as if he were the firstborn”.

Three weeks back, Alan shared a video through Instagram where he was having with his two sons.

Alan Ritchson started his career working as a model. He has worked as a model for Los Angeles-based agency, Vision Model Management. After working several years in the modeling world, he made his final appearance as a model for Abercrombie and Fitch in 2009.

Ritchson came to the attention of people for the first time by making an appearance on the singing reality show American Idol. However, he turned into a noticeable figure when he was chosen to portray the character of Aquaman in the television series, Smallville.

Ritchson likewise became popular with appearing in the movies like The Hunger Games: Catching Fire and Teenage Mutant Ninja Turtles. He is also popular for appearing in NBC’s entertainment TV seriesI Can Do That.

By the end of 2015, the renowned actor has accumulated a total net worth amount of $3 million dollars.

The longtime married couple seems to have completed their family picture with another son. Congrats to Alan Ritchson and wife Catherine Ritchson for their newly born kid once again.