Marriage in jeopardy! Justin Theroux and wife Jennifer Aniston remain silent amid divorce rumors. Discover full story. Plus more on his net worth 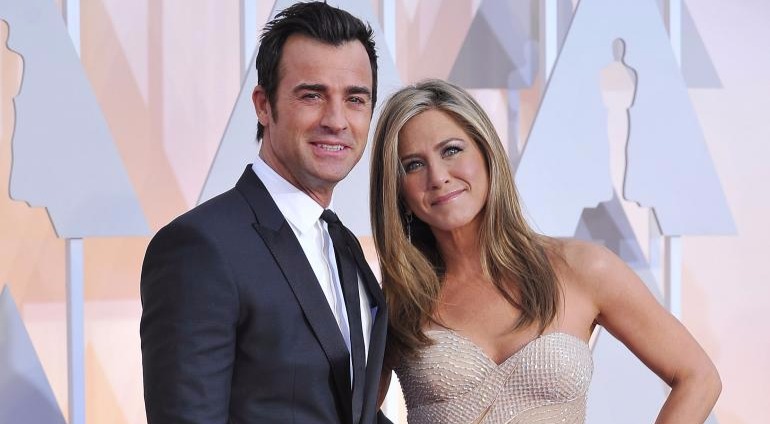 Justin Theroux and Jennifer Aniston’s a year long marriage in on the verge of divorce. The star from Zoolander, Justin, tied the knot with actress wife on August 5, 2015.

The couple maybe hugging and smiling on the outside, but the reports reveal some inside misunderstandings going on between the two famous actors. Reports have been critical about the situation to reach a conclusion that Aniston might be on a verge of a patch up with her ex-husband Brad Pitt.

This would affect Pitt’s marriage with Angelina Jolie, which is also in controversy of being in divorce phase. What do Pitt and Aniston want to show, if both the rumors are true?

Justin and Jennifer started the relationship in May 2011 and they jointly bought a home in Bel-Air worth USD 22 million in early 2012. They got engaged on 10 August of the same year and married three years later.

A year before the two wedded, Justin was captured in a video where he blushingly described how happy he was to be with then future wife Jennifer Aniston. The video was shot on the red carpet of The Leftovers’s premiere at the NYC.

The outlets say that the rumors might have been spread in the market after the low-key anniversary celebration of Aniston and Theroux which wasn’t what Aniston was hoping for. The sources reserve the information that Aniston seemed to have been unhappy about the low profile celebration.

Does she have to be unhappy about this? Maybe not. A month prior to the actual anniversary date, the couple was spotted in the Bahamas celebrating their anniversary in advance.

Although Justin and Jennifer are covering up the problems in their marital lives by showing PDA at the Bahamas, a journalist at Fusion speculated something fishy between the two and tweeted:

Though an established actor, Theroux’s net worth is far less than that of his wife. Justin takes away $75,000 per episode from HBO’s The Leftovers. All of his life’s work grosses to around $20 million, while Aniston stays at the margin of $150 million; Aniston was reportedly being paid a whopping $1 million per episode for ninth and tenth seasons of the series Friends.

Men at Work. Live. in Australia. That’s my hero Chris Cuevas on the left there… One of the many-many that make our show the stunning looking thing that it is. #thecrew #theleftovers #melbourne #bts

While the couple’s net worth seems to be enough for a luxurious life ahead, the rumor on the table might be a lot of headaches. Anyway, the stars have remained silent about the rumors and are busy with their respective productions. Both Justin Theroux and Jennifer Aniston seem to be giving more attention on their career than their personal lives, at present.