Hot actress Kelly Hu: Previously in a relationship but distanced to married status? Discover her net worth 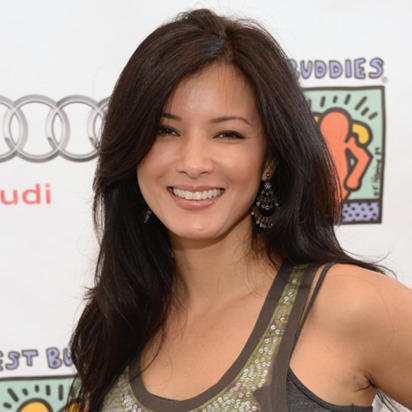 Kelly Hu, still unmarried American actress with the thriving career possesses a whopping net worth of $10 million. Though stayed in long term relationships multiple times, she hasn’t found a perfect man to make her husband yet.

Find out the reason behind her single life. Read the whole story.

These are my favorite kind of windows, jali. Wish I could have a house full of them. So ornate. #KathmanduDurbarSquare #UNESCOWorldHeritageSite #Nepal

Kelly Hu has always climbed the ladder of success when it comes to her acting and modeling ventures. However, she has failed to prolong her romantic journey numerous times.

Seemingly, Miss Teen USA 1985, Kelly’s personal life has always been through ups and downs. Well, to get the details of her relationship history, let’s go to past.

After the former beauty queen won the beauty pageants Miss Teen USA in 1985 & Miss Hawaii in 1993, there were millions of hearts falling for her. But the only lucky man to win over Kelly’s heart was Ahmad Ali Moussaoui.

Being smitten by each other, the duo took their relationship to a romantic level in 1996. However, they fell apart after two years.

Shortly after her split with Ahmad, she took no more time to start romancing Gordon Gilbertson. Later, her boyfriend became her personal manager.

Sharing about her motive to hire her own boyfriend as manager in an interview with People.com, she said, “I thought Gordon as my manager was really a bad idea at first. But he convinced me. Nobody is going to work harder for you than your boyfriend. And it’s worked out wonderfully.”

They parted their ways after some time.

Perhaps, two breakups left her heartbroken. So, she remained single for a long time. And it was 2010 when she resumed the romance in her life hooking up with Mitch Allen. Spotted together at numerous events, both seemed happy with one another.

Open-minded Kelly never tried to hide her relationship from the eyes of the public. Openly talking about her and Mitch’s liaison status in an interview she said, “My boyfriend is a musician and writer and producer. This sounds really cheesy, but I actually love listening to songs from his band. I think it’s because I’m so close to it that it really touches me in a way that other music can’t. It puts me in a different space.”

Unfortunately, it seems like the couple is no longer together. She used to share pictures and various posts in social media including her boyfriend and they were seen together till 2015.

Recently, Kelly has chosen to be less candid about her relationships. We are unknown about her current liaison status. However, we are still confused what stops her from getting hitched permanently even after staying for a long-time relationship.

An actress and fashion model by profession, Kelly own $10 million into her accounts. A major part of her net worth comes from her acting ventures.

Held Miss Teen USA title in 985 and Miss Hawaii 1993 title, she was the first Asian-American to win that title. Afterward, having a thriving acting career, she made a name for herself through the movies like The Scorpion King, Cradle 2 The Grave, Lady Deathstrike, White Frog, etc.

Additionally, in television, she is known to have appearances in soap operas including Sunset Beach, The Vampire Diaries and series Arrow, Warehouse 13 and Phineas and Ferb.

Success has followed her like a shadow when it comes to Kelly Hu’s professional journey, as she has successfully garnered anet worth of $10 million. However, still unmarried even in an age bar of the late 40s, she seems to have faced quite a lot of challenges in her romantic journey. When will Kelly Hu find a man whom she could make her husband is still unknown.