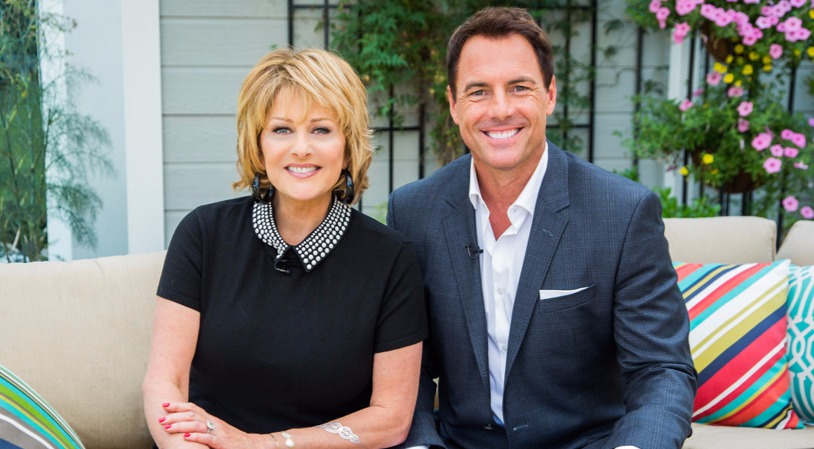 Subsequently, after graduation, Mark Steines embarked on his journalism journey, starting as a reporter and photographer at KWWL-TV. His next work destination was a Springfield, Missouri-based station, KSPR – T, where he served sports anchor till 1991.

In 1995, Mark Steines started as a correspondent and substituted anchor for the show 1995’s Entertainment Tonight. Shortly after that, he was promoted as a co-host of the show. He also anchored Entertainment Tonight Weekend and was also a primary substitute anchor.  In mid-September 2010, he started co-hosting the show regularly. He was seen on syndicated television magazines till his contract session expired in 2012. It was after 17 years since he joined the show.

Since October 2012, he has been co-hosting Hallmark Channel’s talk show Home & Family. He started as a co-host with Paige Davis, and after a month, Cristina Ferrare became his hosting partner. Since June 2016, Debbie Matenopolous has appeared as Ferrare’s replacement.

Steines has also tried his hands at acting. He has played some parts in several movies and TV shows. Moreover, he appeared in Nixon, Suddenly Susan, The Practice, The Young and the Restless, Half & Half, CSI: NY and Handy Manny.

Passionate about multiple fields, including media broadcasting, acting and photography, he indulged in all, even though all weren’t his major in his professional career. Throughout his career, reportedly, he has amassed a net worth of $20 million.