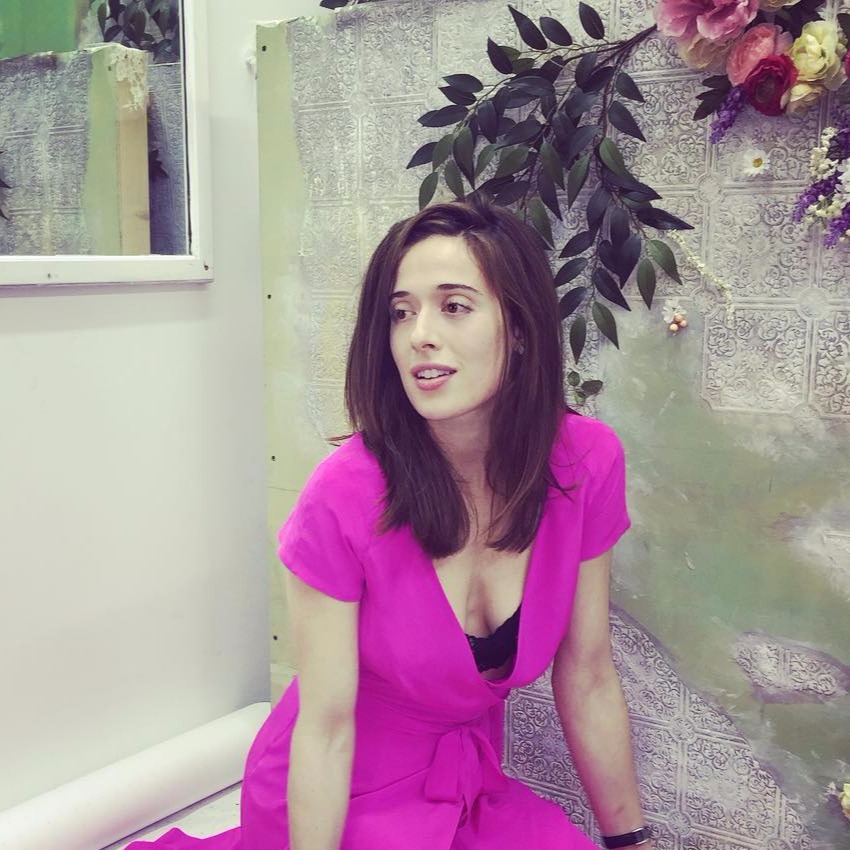 Many celebs in the entertainment industry love keeping their love affairs a secret, and Marina Squerciati has taken the game to a whole new level by disclosing her pregnancy without revealing her partner.

On February 15, 2017, Marina revealed that she was pregnant through her Twitter and Instagram accounts. She shared a photograph showing her baby bump with the caption “SURPRISE! It’s been hard to keep the secret. I thought: what better way to tell you all the news?!”

The news was more than just shocking because she was already seven months pregnant and due in April.

Though Marina is on cloud nine with her pregnancy, she has not revealed who her baby’s father is. Many of her fans speculate that she is pregnant with her Chicago P.D. co-star Patrick Flueger. Fans keep their hopes for Patrick to be the baby daddy. And many even wish to see Squerciati and Patrick married.

There have been many reports claiming Flueger to be her boyfriend, but none of them were confirmed. There isn’t any concrete proof that assures that they had dated or are dating each other.

It would be odd to presume their relationship based on their photographs and sizzling on-screen chemistry because Marina shares a lot of photographs with all of her co-stars and colleagues.

A few reports also say that Marina is secretly married. However, they only seem to be rumors and nothing more than that, as she has not openly shared anything regarding her marriage or husband.

Well, fans have no other option than to wait for Marina herself to reveal who the baby daddy is.

Marina landed her breakthrough television role as Officer Kim Burgess in Chicago P.D. in 2014. Before this, she has made guest appearances in police procedural dramas Blue Bloods and Law & Order: Special Victims Unit and had a recurring role as Alessandra Steele in Gossip Girl.

Marina appears as the main cast and has performed in all four seasons. Moreover, she has reprised her role in the series’ spinoffs Chicago Fire and Chicago Med.

Marina has recently revealed that she is pregnant, but Officer Burgess, her character on Chicago P.D., is still single. Furthermore, her fans wonder if her pregnancy is written in. Fans also remain worried if she would have to leave the show. But since her character received a promotion to the Intelligence Unit, her role has presumably not ended.

Everything to know about Patrick Flueger

Marina keeps anything about her role in the series hidden. In the days to come, except a funny spoiler that she attached in her pregnancy announcement “Don’t be surprised to see Burgess holding a LOT of file folders in front of her stomach on #ChicagoPD.”