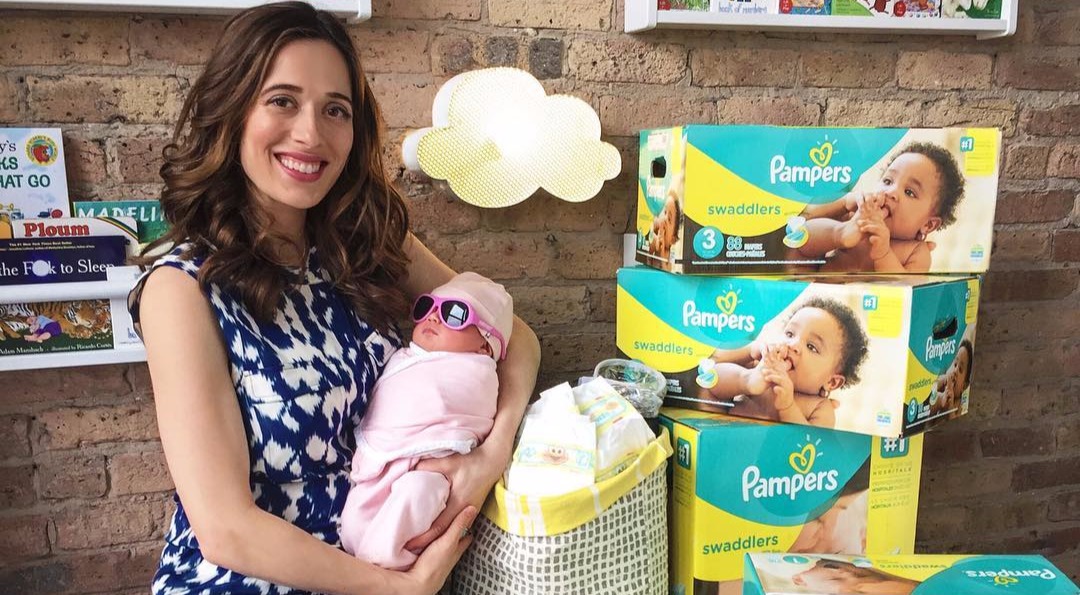 Congratulations to Marina Squerciati! Amidst all the rumors of a possible ‘husband’, she has recently given birth to a baby daughter in May 2017. The Chicago P.D. actress took a maternity leave in March while her character Kim Burgees also took a little time off after the season 4 episode Last Minute Resistance.

The proud mother shared to the world through her official Instagram page, pictures of her newly born daughter. In the image, we can see Marina holding her baby, who looked a few days old.  Though choosing to keep the father of the newborn anonymous, Marina hasn’t been shy about posting pictures of her child. 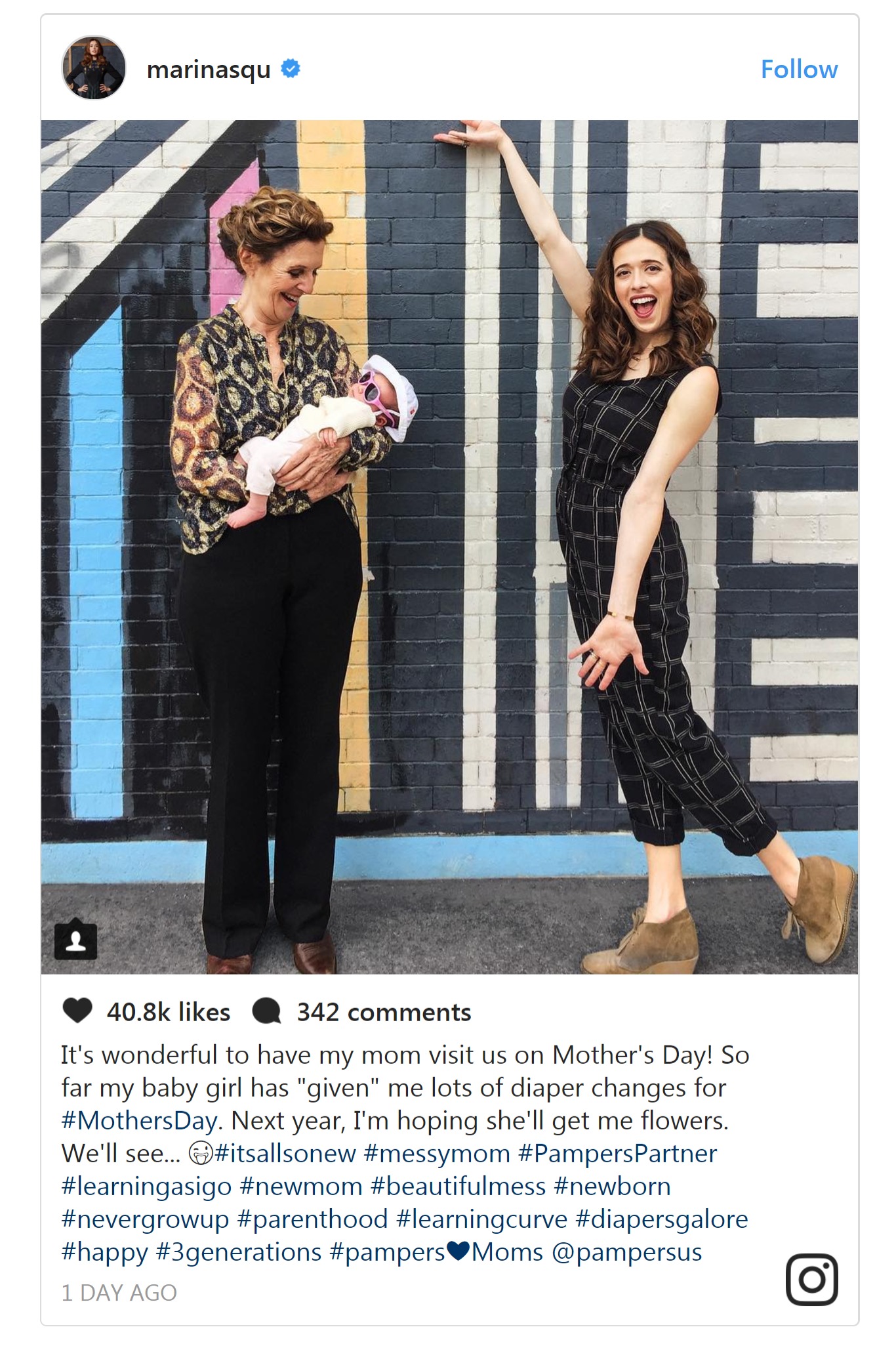 Sharing a picture of her mom holding her daughter, she informed the world of the motherly duty that she has now been assigned. Interesting to note, on both occasions the baby can be seen wearing pink shades. Marina’s effort to make the baby look classy shows that she is on the way to becoming a cool mom.

Marina welcomed her daughter just a few days after her birthday. The child was speculated to be born sometime in April, but it arrived a little late. Obviously, the child’s birth has overwhelmed Marina, but the fans feel that something is missing. Oh yes, her baby daddy! Some went ahead and assumed that her Chicago P.D. co-star Patrick Flueger is her real life partner while many have speculated that she is secretly married.

Marina Squerciati’s recent Instagram picture has us confused. The caption of the image has us wondering if Patrick Flueger is the father of her daughter. Is she hinting an onscreen childbirth or misleading her fans deliberately. 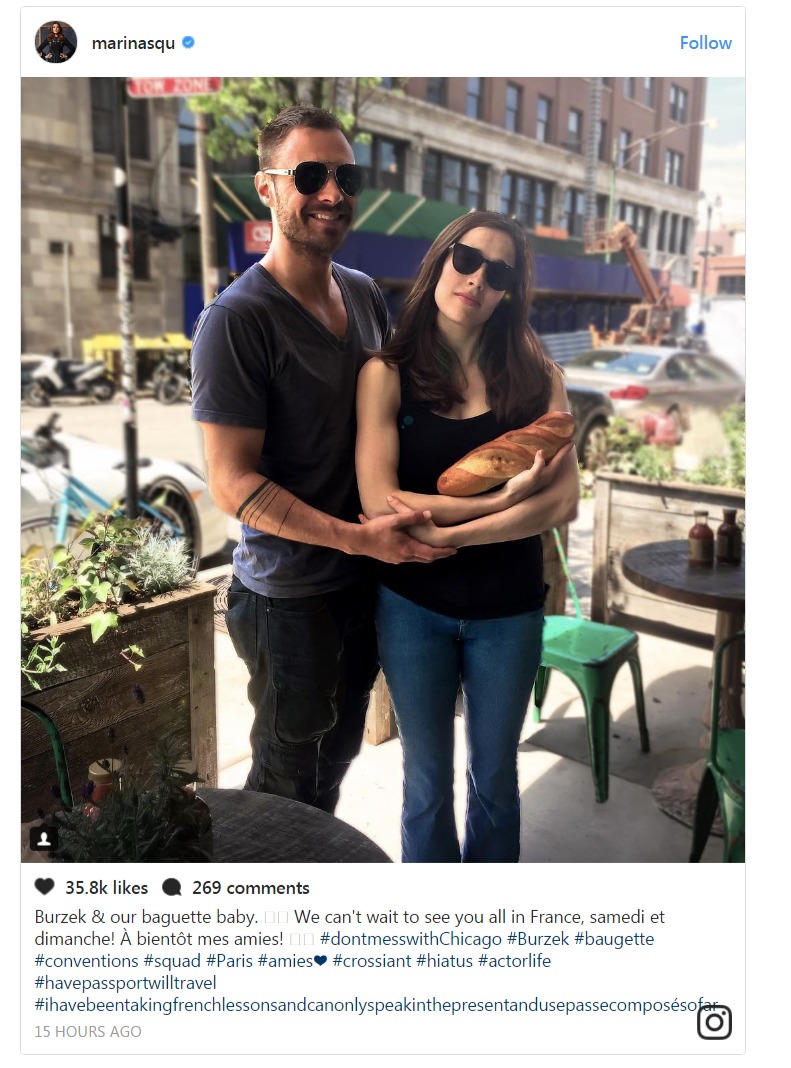 “Burzek” is the ship name for Kim Burgess and Adam Ruzek, the fictional characters played by Marina and Patrick on Chicago P.D. They had a great on-screen chemistry and were even engaged for some time but broke their relationship due to commitment issues.

Since Burzek is no longer a thing, the caption might be an indication that Marina and Patrick are dating in real life, and that Patrick is the baby daddy!