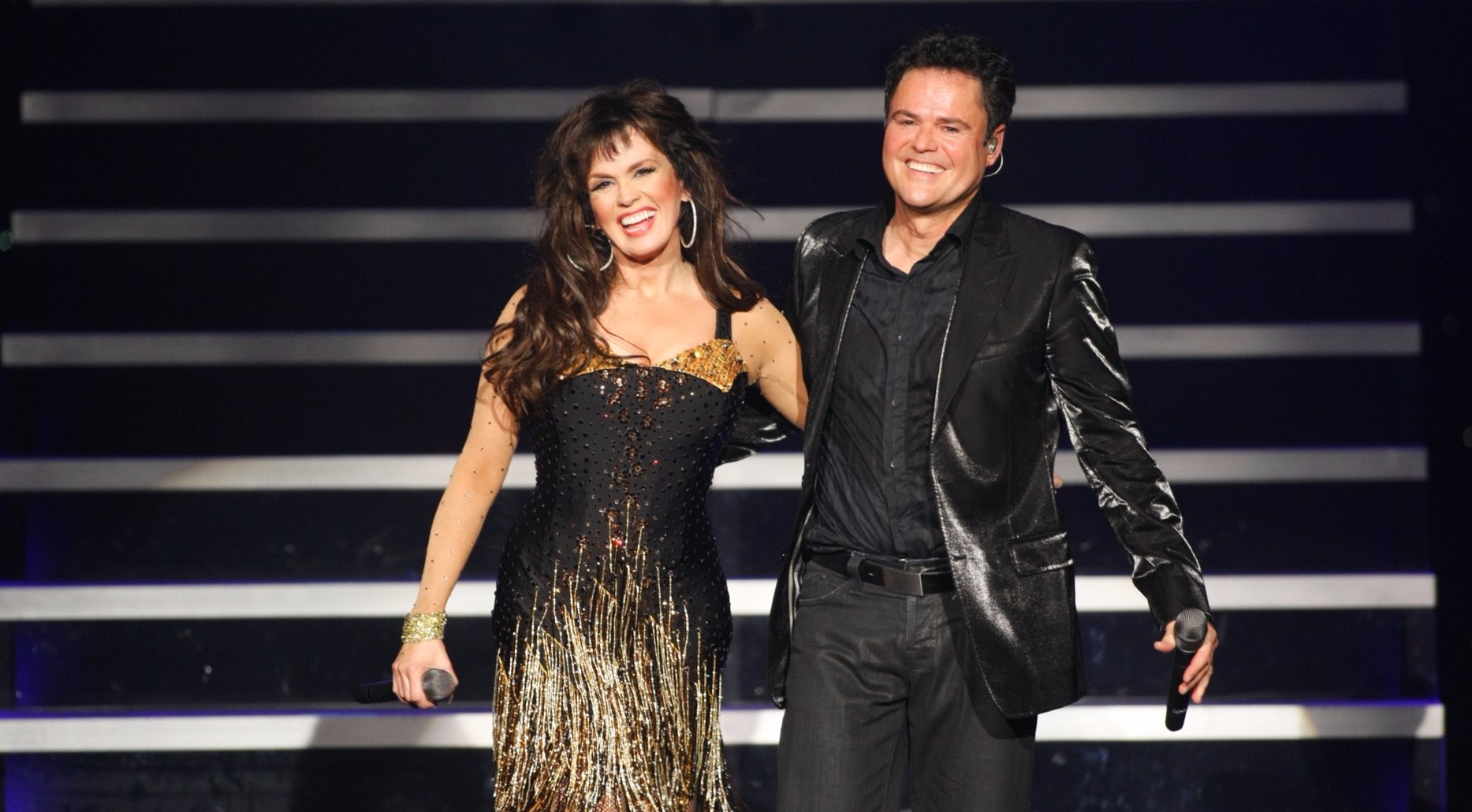 In January 1976, Marie Osmond and her brother Donny began hosting Donny and Marie Show on ABC. After a successful airing of the show for two years, it was renamed The Osmond Family Hour. In September 1998, the two siblings came together to co-host a talk show, Donny & Marie, which ran until May 2000.

Since 2008, Marie and Donny have been hosting a live show under the same name at the Flamingo Hotel in Las Vegas. The live show begins with the siblings singing together and ends in the same way. In between, they give solo performances.

The 90-minute variety show was performed in a 750-seated showroom in the Flamingo Hotel, named ‘Donny and Marie Showroom’ in 2014.

In 2012, the show received three Best of Las Vegas Awards, each for Best Show, Best All-Around Performer and Best Singer.  Likewise, the show has been voted #1 for three consecutive years since 2014. The show has already scheduled performances until November 2017.

Marie in The Osmond Family movies

Apart from performing in shows, Marie has starred in a few films. In December 1978, she appeared in a television movie called The Gift of Love which premiered on ABC. The same year, she and Donny appeared in their film Goin’ Coconuts, which failed to gather commercial success.

During the mid-80s, Marie portrayed the role of her mother Olive in made for TV movie Side by Side: The True Story of the Osmond Family. She has also appeared in another television movie about her family titled Inside the Osmonds, released in 2001. Moreover, her younger brother Jimmy produced the movie.