Maria Bartiromo & Jonathan Steinberg: Happily married yet have no kids. 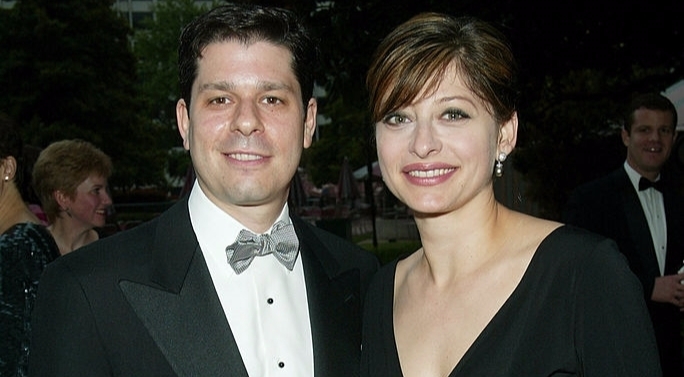 Maria Bartiromo has been a better half to Jonathan Steinberg, CEO of Wisdom Tree Investments and a son of Saul Steinberg, a financier. The couple is heading strong, accompanying each other with love and support.

In a Jewish ceremony, Maria got married to Jonathan Steinberg on June 13, 1999. Maria, 31, and Steinberg, 34, tied a knot in Quogue, New York, at Steinberg’s father’s home. Both husband and wife, A business tycoon of Manhattan and one of the most sought after journalists seem workaholics. It’s not they don’t manage time for each other, but they haven’t planned to extend their family through being married for nearly two decades.

The couple has come to struggle with numerous hurdles. In 2013, there were rumours of Bartiromo having an affair with ex-Citigroup board member Todd S. Thomson, but later, Bartiromo shut down the rumours, claiming is false. The 48-years-old gorgeous beauty seems to have a good relationship with her husband. There are no signs in that relationship that may lead the duo to divorce anytime soon.

Maria and Jonathan make a power couple together. They are living a lavish life in New York. She has been balancing work and personal life smartly. She is often saying, “I believe that I’m happy right now.”

While talking with one of the media sources, she said, “I have been happy. I hope I don’t have regrets about not having children at some point. I’ll be honest in telling you that. I have no idea at some point if I will. But at this moment in time, I feel good about the choices that I made.” Lucky you! Maria.