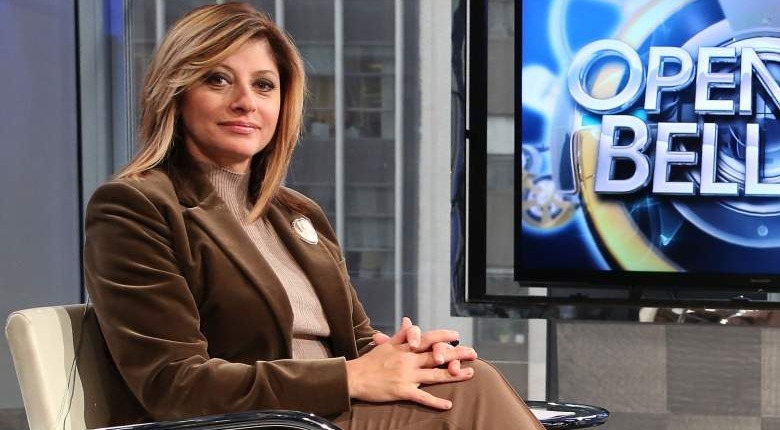 She is best known for hosting Fox Business Network’s shows, Wall Street Week with Maria Bartiromo and Mornings with Maria.

Following her graduation, she started working as a producer and assignment editor on CNN and worked there for 5 years.

In 1993, she joined CNBC and served as the managing editor and anchor of ‘On the Money with Maria Bartiromo.’

She hosted numerous shows, including Market Wrap, Closing Bell and Business Center while she was at CNBC.

After the end of her contract with CNBC, she joined Fox Business News in 2013. She was paid a salary of $6 million at that time.

Maria was named the host of ‘Wall Street Week’ in 2017 & has been a regular host of the show, Mornings with Maria since 2015.

She became the first woman to report live from the New York Stock Exchange’s floor.

She has appeared in guest roles in various talk shows and documentaries.

She has published a handful of books, some of which are labeled New York Time’s best seller. Books: (Use the News: How to Separate the Noise from the Investment Nuggets and Make Money in Any Economy, The 10 Laws of Enduring Success (2010),  The Weekend That Changed Wall Street )

Maria is a monthly columnist for USA Today, and serves as the anchor at the daily market hours at Fox Business News.

It has been announced that she will be further collaborating her association with Fox News Channel in upcoming days.

Bartiromo has garnered a net worth of $22 million from her successful career.